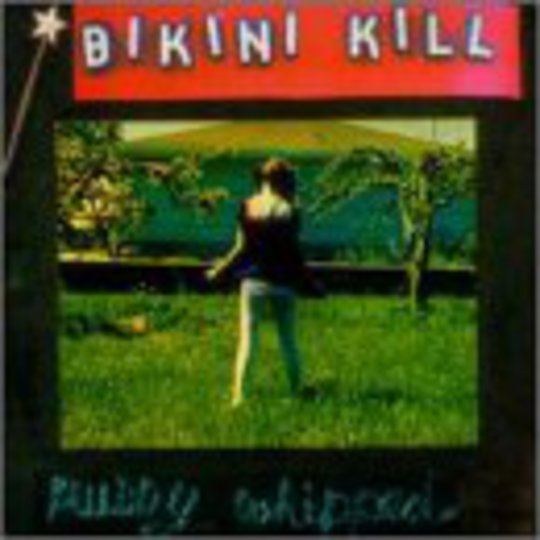 This CD changed absolutely everything. Seriously, everything. Before this, for me, it was only the Manic Street Preachers that mattered. Pretentious literature and wannabe world politics was cool with me. It'd do.

If only you could know what this did to a 16-year-old me. Music just wasn’t supposed to sound like this. Guitars? They were for chords, son. Or, if I was feeling particularly rock'n'roll, some fiddly jazz-wank solos. Not off-pitch notes and banshee wails of feedback. Since when did murmuring incoherently one moment – and not even the words in the liner notes! – and then screaming like a spoilt 8-year-old the next, replace good old "from the heart" singing? Or had music always been this way, and I'd completely missed it? Whatever, it felt like a revolution to me.

I can't really remember why I bought this record. I mean, it wasn't exactly my scene. I had read that, like, one of these girls coined the phrase "Smells Like Teen Spirit", or something. It might sound like Nirvana - hey, that band his wife's in, there's girls in that, this'll probably sound the same then, bless 'em.

Those bands wish they could've made a record like this. A collection of songs abrasive enough to force you to shut your eyes and clench your face, songs that take advantage of this new level of concentration, revealing hidden melodies and nuances to make you shake compulsively. Even then, curled up in your ball, you aren't safe. Along comes that note, that split-second of silence, that lyric, the moment that you love more than any moment in any other song, like, ever. And then you're down. A piece of music has just involuntarily thrown you off your bed. How embarrassing. You should get back up, you know that. But all you can do is lie there. Lie there for hours; staring at the ceiling, writing stories, wishing you could paint.

"When she talks, I hear the revolution; in her hips, there’s revolution."

It's only a piece of music, forfuckssake. Riot grrl, activism, yeah yeah yeah. It's the war wot really matters. Proper politics for proper politicians. Teenage girls should be seen and not heard.

Because, I mean, boy-rock is so terribly much more exciting and relevant than this, don't you know?