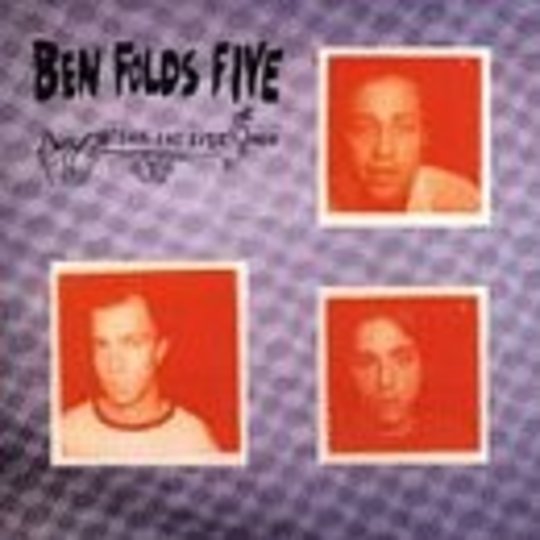 Well, a lot of people are taking to Ben Kweller now he is post-Radish and his new sound (well, compared to Radish anyway) but when I first heard his stuff I thought I had heard something similar before, and I had in the form of the Ben Folds Five.

'Forever & Ever Amen' was the follow up to their self-titled debut and put the band from the outskirts in to the alternative mainstream (contradiction of terms perhaps?), mainly through a much loved single that flirted with chart success.. but I am getting ahead of myself.

Opening track 'One Angry Dwarf & 200 Solemn Faces' sets the tone nicely. Sounding like the Foo Fighters 'Stacked Actors' in the chorus with a piano playing virtuoso tinkling the ivories over the top, it is simply divine.

'Fair reminds of me of the U.S soft rockers Chicago and their chart classic 'If You Leave Me Now', that is until the chorus. An uplifting 'ba-ba-ba' before dropping back to single chord plucking.

The band also have a 'darker' side as well. 'Brick' is just soo beautifully lush yet it is a song about taking your love to get an abortion... the song is soo fragile but it's beauty can not be denied.

The tempo though is picked up by one of the best tracks on the album. 'Song For The Dumped' is just pure piano rock! "Give me my money back, give me my money back you bitch!"... need I say more? The lyrics are plain and simple. It is an analysis of things said and done and the angry regret... you must be able to associate if you ever been dropped... yet it still makes you grin!

'Stevens Last Night In Town' is virtually a tribute to old school swing with more then a wink to my much adored Cherry Poppin' Daddies. Piano, swing beat drumming and brass and strings... hell yes, this shit coulda been straight outta New Orleans!

The bands most famous song 'The Battle Of Who Could Care Less' is the most catchy but also most empty song in my opinion. Nice bass riff in the chorus but is just not one that grabs me although a mention of 'The Rockford Files' is kinda cool!

'Missing The War' is my favourite song on the album. Ben Folds voice is as gentle as a summer breeze and the backing sighs of bassist Robert Sledge and drummer Darren Jessee are just superb. Would this song be out of place on the definitive Beach Boys classic 'Pet Sounds'? I think not! As emotive a song as I have heard and still now makes me close my eyes and drift away.

The band from North Carolina were one that you either loved or loathed and I admit, for my sins, on my first hearing of them and THAT track, I was of the latter school of thinking! Now, 7 years on and I am a changed man and this has to be one of the best albums of the mid-ninties with so much diversity and fun and musical talent in abundance... why can't all bands do the same?