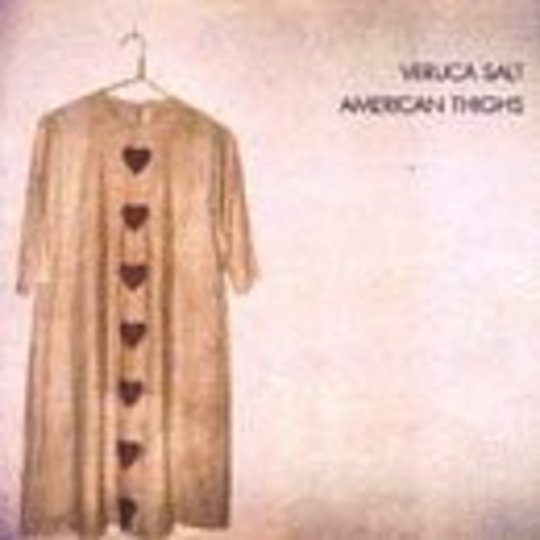 When Louise Post and Nina Gordon met, they had a dream that they could make a female Supergroup. They would call her Veruca Salt, after Roald Dahl’s character in that book of his. They would play a fragile grunge which rocked enough to let them play the songs that they so wanted to play - the songs that other such committed feminists _would play. During auditions they decided that talent, or at least desire, was more important than _gender and employed an all-male rhythm section of drummer Steve Lack and Nina’s brother Jim Shapiro on bass. Onwards…

There was something unashamedly beautiful about watching the ladies spitting ‘Seether’ at you. Their evident vulnerability thwarted by a reverie which saw them tear at their steel with such lack of ferocity: they stroked their guitars; their melodies lilting and harmonies wavering overhead. It was exquisite.

Minty Fresh snapped them up and ‘American Thighs’ was henceforth released upon the ears of the Geffen-appreciating community who had been experiencing would-be classics from Hole, Nirvana and Beck, en masse. The record captured for me, what was one of the most striking sounds of the ‘90s. With more in common with *The Breeders *than The Pixies, Veruca Salt were immense.

The quality is evinced by the fact that both the pseudo-epic ‘Spiderman ‘79’ and the boisterous flux of ‘Get Back’ still sound so hot from the oven, even listening to them after nigh on a decade. Veruca Salt do what other female-oriented bands wish they could: Rock. Without. Trying.