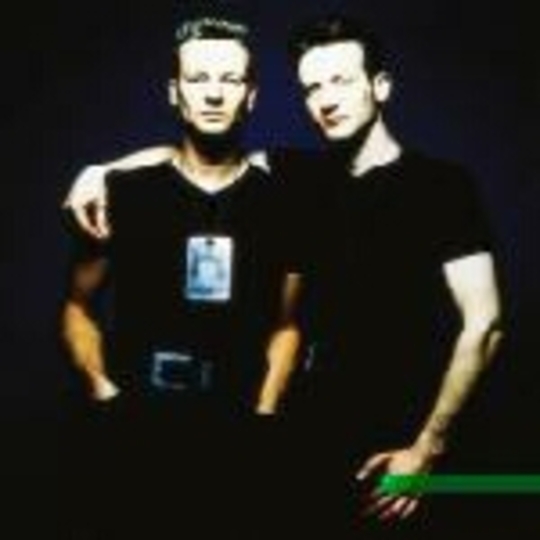 In The Nursery might be best (un)known for their film work, not for their records: being comprised of two reclusive brothers based in Sheffield, they’ve recently taken to providing live soundtracks to old 30’s films like “The Cabinet of Dr. Calgari”, as well as having Hollywood tending to use their stuff for trailers for movies like ”Interview with a Vampire” when they need something atmospheric, and of intense beauty. They’re probably most famous for a remix of the Sabres of Paradise’s “haunted Dancehall” – a track filled of such mourning and beauty that when Princess Diana died, Radio one turned into instant sombre mood – and played it every 50 minutes non stop for 2 days. Odd, but then again, oddly gratifying for some reason.

Andrew Weatherall, once dropped ITN’s “To the Faithful” (the closest they ever got to a hit…) in the middle of a set in the legendary ‘KU’ club in Ibiza and cleared the floor within 30 seconds. Its electronica, but not dance music then, but something more, something else. If there’s a way of describing this album, it’s unlike any other music I’ve ever heard.

“Scatter” is probably the best introduction to In The Nursery (out of the 20+ albums) - while simultaneously a compilation of their best album tracks and rare tracks, it never sounds less than a fully formed, fully coherent album. It’s incredible evocative, atmospheric and mournful yet never depressing. Some might class them into genres such as DarkWave, neo-classical, industrial or gothic, they’re none of this and yet more than all of them. The tracks here go from sounding like industrial pioneers Skinny Puppy (‘HuntDown’) and Front 242 (‘twins’) at one extreme, to tracks such as “17th Parallel” , the magnificently touching “Seraphic” or “Haunted Dancehall” , which is the stand out track here – it sounds more in the vein of Philip Glass or Kronos Quartet, with strings floating ethereally in mid-air while basses rumble ominously in the background and a solitary piano plays elegically…it almost brings tears to my eyes with its gentle beauty. Atmospheric mournful synths and piano fly out of the speakers, militaristic snare drums purr quietly in the background, operatic vocals and spoken word poetry all come together to form something that’s unlike anything else I’ve ever heard.

It’s filled with a deep, intangible sorrow, yet an incredible beauty, a mood that permeates the entire album without every sounding tacky, forced or insincere. Anyone who berates electronic music as being soulless or heartless should be forced to sit down and listen to this album and realise just how much music is meant to touch you without resorting to bass drum at 130bpm. In fact, despite the extensive use of percussion here, there’s hardly a drumbeat (in the conventional sense) to be found at all, just emotive elegance and hypnotic beauty.

Expressing emotion though music can be difficult at the best of times, sometimes impossible, but every track here tugs at my insides: to quote one of the tracks “to cure the soul by the means of the senses, and the sense by the means of the soul”. Its tinged with a certain joyous sadness, like an emotional release without the tears. Truly one of the most emotive, and effecting records I’ve ever heard, and without doubt, a forgotten classic.