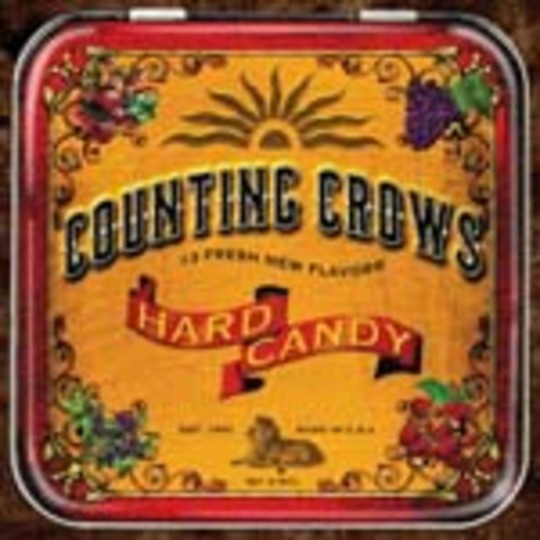 Well sure, in many ways they get what they deserve. Despite this, their excellent debut album 'August and Everything After', and its two studio follow-ups, earned the band a huge following across the globe. Bolstered by their energetic, up tempo live shows.

While previous effort 'This Desert Life' was rendered patchy by an untamed, widening musical palette, 'Hard Candy' is focussed experimentation, full of catchy hooks and a complete right angle to their previous Americana-tinged efforts, despite taking in all sorts of influences. And I'm sure we can thank producer Steve Lillywhite (U2, The La's, the Crows' favourites The Psychadelic Furs, etc.) for that.

Single 'American Girls' features a guest vocal from Sheryl Crow and is poppy enough, but is easily the weakest track on offer. Elsewhere, Ryan Adams repays Adam's guest spot on the 'Gold' album with co-writing and backing vocals on 'Butterfly In Reverse'. In parts it gets a bit Bacharach but the quaint, lilting chorus makes up for that.

The spirit of the B-52s (circa 'Love Shack') is invoked on 'New Frontier', with a drum beat that gets you nodding your head in that jerky back and forth style. Don't tell me you don't know what I mean. 'What would a beehive "do" look like made up of dreads?' you wonder.

They even break out a drum machine on 'Miami', and there's no better candidate for standout track than this. Chugging, wistful, and there's an underlying tension to the guitars that feels like it could all just snap any minute. The fuzzy solo is effing awesome without being annoying and self-indulgent too.

To list all the best tracks would take forever (although 'Black & Blue', 'Miami', 'Why Should You Come When I Call' and 'All My Love' are the definite highs). It's varied and consistent, taking in everything from New Wave to twangy rock via all your dad's old Small Faces LPs, and it's quite easily their most approachable, solid album yet.

So the biggest irony of 'Hard Candy' has to be the fact it doesn't suck. Think about that one as you give it a spin.