The Clones Of Dr. Funkenstein 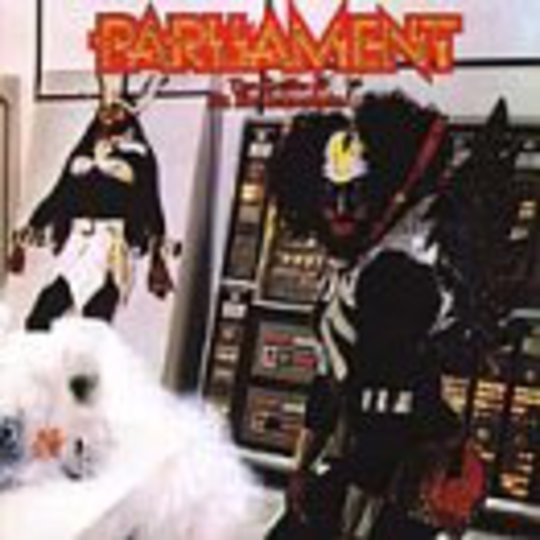 “Funk upon a time, In the days of the Funkapus, the concept of specially-designed Afronauts, capable of funkatizing galaxies was first laid on man-child, but was later repossessed and placed among the secrets of the pyramids until a more positive attitude towards this most sacred phenomenon, Clone Funk, could be acquired.”

With me so far?

“There in these terrestrial projects it would wait, along with its co-inhabitants of kings and pharoahs, like sleeping beauties with a kiss that would release them to multiply in the image of the chosen one: Dr Funkenstein. And funk is its own reward.”

I hope that’s cleared up any confusion.

To anybody unfamiliar with the genius of Mr George Clinton, the above ‘Prelude’ to his 1976 Parliament album ‘The Clones Of Dr. Funkenstein’, may seem a touch contrived. Not to mention daft.

In reality, (or as near to reality as we’re likely to get in this case) it’s just another piece in Clinton’s fantasy jigsaw. After ‘Mothership Connection’, where Dr Funkenstein’s agent, Starchild, first brought outer-space funk down to the earthlings, now the good Doctor himself is hard at work creating clones - the Children Of Productions – to “blow the cobwebs out your mind”.

But P-funk’s self-referential cod-mythology is only of any real relevance when placing this album in the context of the Parliament/Funkadelic back-catalogue. Listened to in isolation, with the words stripped away, what remains is a lavish, celebratory party record – an awesome example of prime 1970’s funk delivered by a stunning cast of musicians.

Fred Wesley, Maceo Parker, Bootsy Collins, Rick Gardner … the credits to ‘Clones…’ reads like a who’s who of funk’s major players. Many would argue that the line-up for this album is the strongest ever assembled by Clinton for a single project.

With so many virtuosos in one band, ‘Clones…’ could conceivably have suffered from over-indulgence, or lack of focus. But the opposite is true - with the longest track clocking in at only six minutes, there’s no sign of the famously lengthy jams associated with other George Clinton records.

Among those records, ‘Mothership Connection’ is generally regarded as the pinnacle of Parliament’s output, but repeated listening reveals ‘Clones…’ to be, at the very least, its equal. It provides everything a respectable funkateer could possibly require: dirty basslines, swaggering rhythms, rasping horns, and gloriously over-the-top vocal parts. It’s about as straightforward as P-funk ever got, and although Funkadelic’s ‘Maggot Brain’ or ‘One Nation Under a Groove’ may push the envelope that little bit more, this has a greater immediate impact.

‘Gamin’ On Ya’ is a case in point. With lyrics borrowed from an earlier Parliament song, ‘Come In Out Of The Rain’, it sets the mood for the rest of the album by following a relatively simple template, with the horns pushed to the fore, and chanting voices high up in the mix.

Driven by Bernie Worrell’s keyboard, ‘Dr Funkenstein’ features an amazing Clinton vocal performance, and includes the legendary exclamation: “Kiss me on my ego!” On ‘Children Of Productions’ the reasons for the Doctor’s cloning experiments are further explained. Musically, the song is a close relation to the title track from Outkast’s debut album ‘Southernplayalisticadillacmusik’, a clear example of Dre and Big Boi’s obvious debt to P-funk’s ethos and imagery.

As befits its status as the album’s hit single, ‘Do That Stuff’ is ‘Clones…’ purest pop moment. ‘Getten To Know You’ and ‘Everything Is On The One’ are not far behind though, and both exemplify the shift away from lengthy, almost free-form song structures, to more palatable compositions.

These sentiments neatly sum up the attitude of George Clinton and his P-funk crew on ‘The Clones Of Dr. Funkenstein’. Behind the madness, the façade of clones, motherships and doctors, all that really mattered was The Funk - the ‘sacred phenomenon’.