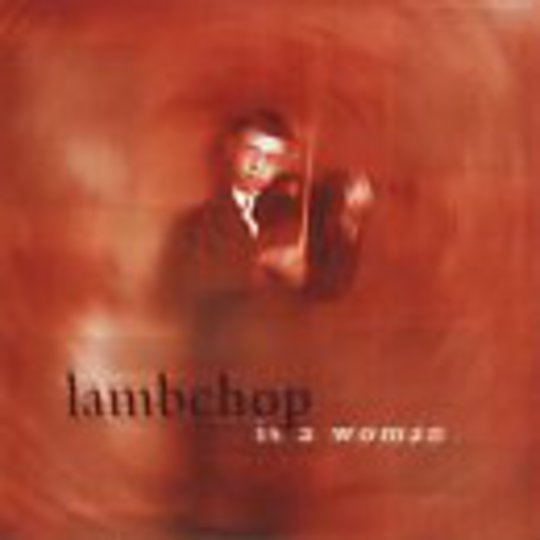 Don’t know if you saw that film that was on the other weekend, The Bridges of Madison County, in which a decidedly middle-aged Clint Eastwood and Meryl Streep were attempting to get it on in much the same way that two ancient, wizened tortoises would: very, very slowly. I didn’t see all of it myself, but it was some Sunday afternoon syrup, undemanding and sentimental, warm and fuzzy, a movie to snooze through. All through it the two codgers circled each other, Meryl making googly eyes but repressing her emotions, and Clint being all stoic and reserved as usual, but this time out of gentleness and shyness. Where was the gunslinger of old? I kept expecting him to hiss, ‘I know what you’re thinking: did he take two Viagra or only one? To be honest, in all this excitement, I’m not too sure myself... actually... what did I come upstairs for now?’

What a site to behold: the mercurial outsider settling down to calm domesticity. And this is what Lambchop‘s ‘Is A Woman‘ reminded me of. After years of gruelling work as a floor sander by day and fronting a groundbreaking, darkly brilliant alt-country band by night, Kurt Wagner has hung up his sander and Stetson and is opting for the easy life.

Like Lambchop‘s closest British contemporaries, Tindersticks, the band’s albums, which started out being rattling lo-fi, have got steadily quieter and quieter, slower... and... slower...

Chop‘s last album ‘Nixon‘ (like the ‘Sticks‘ last album, ‘Can Our Love... *‘) flirted successfully with sweet 70s soul, and it seemed as if *Wagner & co would continue along this line. But no, ‘Is A Woman‘ is, instead, a series of plush, sedate numbers of tinkling lounge piano and hushed tones. This is a grown-up album - oh girl! is it ever a grown-up album - you could easily imagine an old couple shuffle-dancing around in circles together in their front room to this, and though it is very beautiful, the subdued tempo barely changes throughout and, so, it takes a little patience to sit through it.

But patience is it’s own reward. Subsequent listening reveals moments of tiny sparks of wonder: distant waves of electronica; a choir of angels; the static hum of chirruping insects; ripples of music box twinkling. But what stands out is the curious lack of sound. In this pulsating, ever-expanding collective of a band (as many as 14 members at the last count), it makes you wonder where everyone is on this record. I can imagine many of them sat around with their instruments on their laps, Wagner drawls, ‘you guys join in anytime. Don’t sweat it.’ and so they sit, nodding their heads to the drowsy music, ‘till they nod off altogether.

Then there’s the voice. Now as craggy as Clint’s face, Wagner‘s idiosyncratic lazy, husky vocal is high in the mix so you can almost smell the sawdust and whiskey on his breath. I loved the moments on ‘Nixon‘ where he creakily tried to sing falsetto, or just the moments where he tried to simply sing. He doesn’t try to exert himself here though, in fact he sounds as if he is quietly singing to himself, or singing along to a song playing on his walkman. Half-assed but still sorta cool.

Then there’s the songs. Always one of the ’Chop’s strongest points and as usual there is plenty to catch the ear. As ever, Wagner’s lyrics are quirky and soulful but not as dark or downbeat this time. The songs on ’Is A Woman’ are as laid back as the music, due, it’s easy to suppose, to the fact that they were written on a laptop as Wagner relaxed in his back yard - his ‘back yard’ being great tracts of Nashville countryside - and as such they are a mixture of idle musings, sun-dappled reminiscences and home-spun philosophies. ‘The Old Matchbook Trick‘ differs slightly from the rest of the songs, it being a rumination of on-the-road life in a touring band, “Last night I saw the sun rise over sleepy Barcelona / riding in the bus with the road crew from Embrace / everyone was sleeping / noticed a reflection / saw the age on my face.“, “removed the drunken sailor / paid his bar and porno bill / and I have to fuckin’ hose him down“ - the way he sings ‘fuckin’’ is priceless.

On ’My Blue Wave’ he contemplates his dog, “You lay around the house / nothing much to bark about / jump onto the bed / just bones and squirrels inside your head / this is the only life I see for you” from this doggie existentialism his thoughts wander to that of sex and loss but ends up in a consolatory mood, “And the best is yet to come / you may think you are the only one / to never get it right / just stick around on this lovely, lovely night / and we may be amazed“, and, with that, Clint wipes a tear from Meryl’s eye, and Kurt’s rocking chair creaks on the porch.

“Exercise? Not right now“ he muses, ’I got some used cowboy boots / and some weed“, he’s kicking off one and inhaling the other.

These are the songs of a man who doesn’t have to get up for work the next morning. It shows. Only on ‘D. Scott Parsley‘ and the wonderful title track finale does the tempo shift up a gear - which isn’t actually saying a lot. ‘Parsley‘ has a slight slinky funk groove, and ‘Is A Woman‘ breaks into a playful reggae skank, but it’s barely enough. So muted is most of the album, it’s difficult to see newcomers to the band not being put off by it. There are no real low-key alt-anthems like ‘Up With People‘, ‘Soaky In the Pooper‘ or ‘The Man Who Loved Beer (the track that attracted me to the band) that might prick the interest of Chop virgins. Which is a shame, a disappointment even, though it seems Kurt is too busy taking it easy to be too bothered.

This is the work of someone with nuthin’ to do other than kick back some on his porch - there he is, sat back in his chair, the brim of his hat pulled down over his eyes, nursing a tumbler of bourbon, while the sun lazily rolls on the horizon. “Way above the rest / ain’t this the fuckin’ best?“ he grins to himself, as well he might. Good for him, but for the rained-on rest of us it all seems so far away.

Still, I suspect ‘Is A Woman‘ will mature over time like whiskey and wine and one day will finally make a more fitting soundtrack to my life. I mean, if Dirty Harry can settle down into a mushy sentimentalist, anyone can.