The Isle of the Blue Flowers 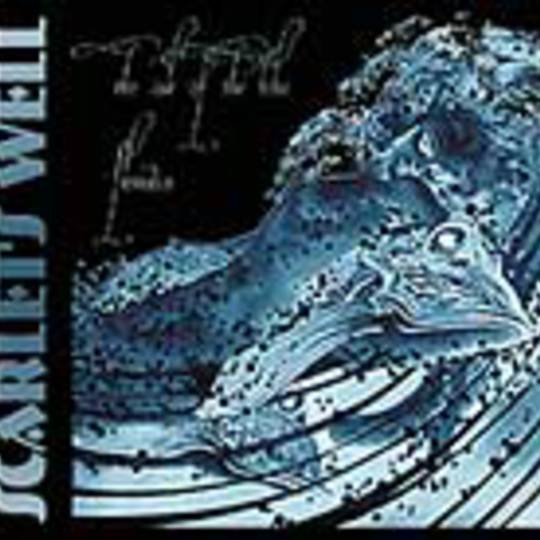 Now, the whole idea of this 'classic' segment is, I suppose, to get folks turned onto records they may have missed by the sheer enthusiasm of the review.

So. It is my job as a reviewer, therefore, to try and convince you somehow, that you need this album in your life. This could be tricky.

For sure, 'Blue Flowers' is a fine, fine, super-fine record, but any description of the music contained therein would easily put of the wary. Hell, I would be put off. Y'see, this album is a collection of highly mannered, jaunty sea-shanties, with quaint 'Olde-Worlde' lyrics. Any takers yet? Thought not.

Okay, let's do this. First, the background.

Bid, formally singer with proto-Indie, late 70's Punk band The Monochrome Set, returns twenty-odd years later with his new project: Scarlet's Well. It basically a dictatorship band set up, with Bid being said dictator who takes the lions share of the instrumentation, the writing credits, has a hand in the albums production and sings four of the 12 tracks on the album.

The rest of the vocal duties fall to a revolving bevy of sweet-larynxed chanteuses.

The music is a rich, lush and densely layered confection of instantly charming and infectious songs set in Bid's imaginary folk-tale world - imagine Ooberman doing a concept album based on Dylan Thomas' 'Under Milk Wood', and you're well on your way. Some songs like 'Raven's Treasure' and 'Dark Dreams Aboard the Hesperus' with their overly ornate, sea-dog imagery, invoke an atmosphere of being in a Tavern in an 18th century fishing port; while 'Clop's Birthday' starts off sounding like Belle & Sebastian's 'The Boy With the Arab Strap' and proceeds to be as good but differently good. As if it was written on a clipper ship on the high seas, or something.

Acoustic and electric guitars, mandolins, ukuleles and - yes! - accordions build up a wall of quick-tempo, highly textured sound. Before your inbuilt, cynical, too-cool-for-school attitude kicks in and against such sounds, your foot, your head and your heart will be bouncing along to the airy, melodic rhythms.

Y'see, what saves all this from being silly, laughable, irrelevant stuff is the sheer musical verve with which it is executed. The album has a surprisingly strong Latin flavour too - check out the giddy, breathless Spanish guitar licks on standout track 'Lord Fishgarlick's Last Adventure' (don't let the awful title put you off) - and the lyrics are intelligent, humorous and heart-felt.

Okay, so it isn't exactly Primal Scream (sorry, PRML SCRM), but still, it doesn't set out to pander to any hackneyed notions of what's 'hip', in fact at no time does Bid allow the 20th century - let alone the 21st - to encroach onto his fantastical, folksy soundscapes. It's the sound of a group of romantics making the music they love with no concession to anyone or anything else. And that alone makes it rebellious and 'Punk-Rock' in a way that BBBY GLLSP can only have wet-dreams about.

Believe it: 'Blue Flowers' is a heady brew. Become intoxicated