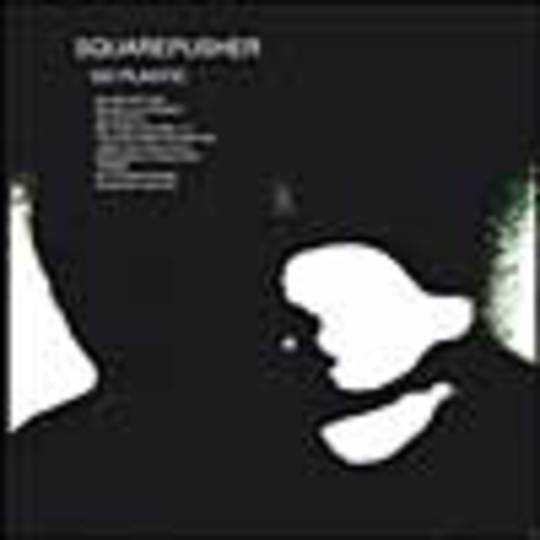 Whenever a new record plonks down on the desk at Warp, and they give it a listen, do you think they ever, at any time, say: “Oh God, not more avant-electronica”? If the record is as sonically arresting as this little beast, probably not.

Tom Jenkinson has been forging a pathway into uncharted musical territory for just over six years now. The fact that he’s still pushing boundaries could be thanks to the fact that he never seems to be able to be sit still; that he’s itching to move everything on. The mundane clearly bores him: "I'm just trying to shut myself out of the mediocrity that surrounds us all. You have to when a bit of plastic's all that represents you in the world."

His latest piece of trailblazing, the hyper-kinetic 'Go Plastic', is furious metal machine music from the future. Indeed, some tracks sound like soundtrack music to the 50’s sci-fi movie, 'Forbidden Planet', as if it were to be re-made in the year 3001 (check out the weird and other-worldly soundscapes of 'Plaistow Flex Out' *and *'My Fucking Sound'). Other tracks build up an impenetrable wall of cacophony, teeming with bangs and crashes, until the insane, full mental racket ends up sounding not unlike the Humans V’s Robots war in the Terminator movies. Yowsa!

Not exactly easy listening then. Not that there isn’t fun to be had - this is still pop music - and the excellent single, 'My Red Hot Car', is a pulsating, turbo-charged hymn to horniness. Its slinky beats ooze a rapacious, manly swagger. Play this at top volume from your car as you cruise round the city centre at night and you’ll feel the testosterone moving. Even if you’re a girl, probably.

Elsewhere, intense, feral drum n’ bass rhythms skitter madly over some beautiful melodies that occasionally float up out of the darkness before it all explodes into rapid-fire, agitated, electronic mayhem. And that’s the thing, really: do NOT attempt to dance to this record - you’ll end up breaking your legs. This music is so fast it is difficult to actually keep up with it’s frenetic pace on the first few listens; it just races away from you. But in a world where a lot of music sounds familiar on first listen, 'Go Plastic' comes as welcome relief... in it’s own way...

Of course it wouldn’t work if it were all bombast. As I’ve said, there are times where it slows down: sparse electro bleeps float in space; silence - an increasingly all too rare commodity in music - is used to great effect. Squarepusher, like Mogwai, know that silence carries a lot of weight; that stillness can suggest a reverie, or, as it does here, imbue the music with a sense of expectation. Tom Jenkinson has the same deft touch as label mate Richard D. James in allowing the sounds to be dampened down to a quiet hush while losing none of the overall power. As the more alert listener will know: a single spark can cause the inferno of noise to flare up again at any moment.

Final analysis: Squarepusher sound like Aphex Twin on steroids. The thrillingly sheer physicality of the music blasts it through the stratosphere, way above many of Jenkinson’s rivals. A sampled voice on 'Go Plastic' makes it clear: “Just remember... who’s... yer fackin’ daddy”