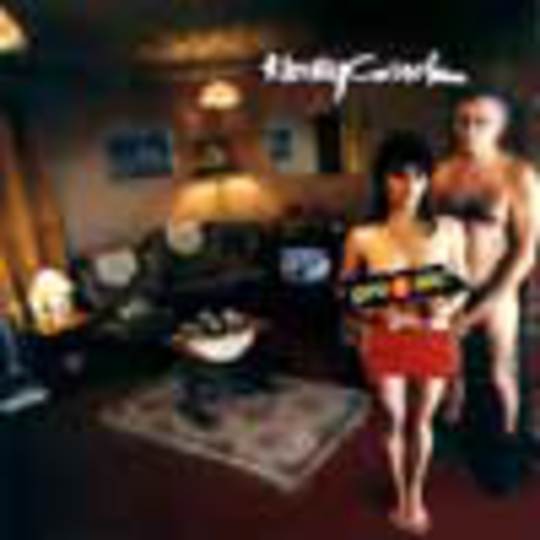 Very rarely do the various facets of creative genius combine to create a band which you can honestly say is incredible in every respect. Honeycrack had it all - imagination, accurate five-part vocals, tight playing and that indefinable knack for songwriting which has evaded even some of the most successful and respected bands in history. The truth is that Honeycrack's lack of recognition was one of the saddest stories of the 1990s. Here we had a band that combined the various influences of its members in a truly unique way - not just borrowing from one influence here and another there, but blending all the styles together to develop the sort of uniqueness that only a combination of careful arrangement and genuine creative instinct can achieve.

Perhaps it was this creative independence which led to the band's early downfall. Described by fans at the time as "too rock for the pop kids, too pop for the rock kids", Honeycrack's inability to find a market was coupled with serious record company hassle to lead to problems which could only be resolved by a split and a fresh start. When Honeycrack faded away, they left behind them a few singles and just one album, Prozaic.

The most admirable aspect of the record is the frequency of fluctuations of style. Instead of having their pop moments, their rock moments, their hectic punk moments and their psychedelic, spaced-out moments, Honeycrack change pace so rapidly that at no point can you hold them down long enough to pin a label on - it is a manipulative record, because you never know what's coming next. Even 'Powerless', the most disappointing track on the album in that it gives the distinct impression of being a token 'metal' song, switches into dreamy mode every now and then, and the masterpiece that is 'Animals' is beautifully structured, first playing off the intense, pounding opening against the following, slower and somehow desperate section, then letting it all fall away before the drums come pounding back in and a magic and soulful conclusion follows. Alongside the more wistful numbers, however, Prozaic features 'Good, Good Feeling' (a reggae/rock crossover which would have made a perfect summer single), 'Samantha Pope' (a straight-ahead pop song about a girl who got pregnant by an ice cream vendor) and one of the best debut pop singles of its time, 'Sitting At Home'. One would think that combining traditional, good-time pop with a more experimental edge could have led to disaster, but the aforementioned creative instinct ensured that the experimentation was controlled rather than mis-placed, and despite its individuality, the record somehow satisfies all the criteria of a hit album.

What is perhaps most tragic about Prozaic is that it contains so much potential which could never be developed. Of course, the benefit of having only one album is that the band can be remembered fondly without any of the possible disillusionment that comes later in a band's career, but that cannot disguise the fact the Prozaic sees the band at the early end of its creative development. While songs like 'King of Misery', 'Go Away' and 'Sitting At Home' stood out from everything else that was punky and poppy at the time, only the likes of Animals and the gorgeously controlled closing track, 'Parasite', seemed to be delving deep into the band's creative capacity. Some time after the band's split, a mail-order only CD was released containing demos from what would have been the band's next album. These songs, even more than those on Prozaic, showed just how much the music-buying public missed out when Honeycrack decided to call it a day.