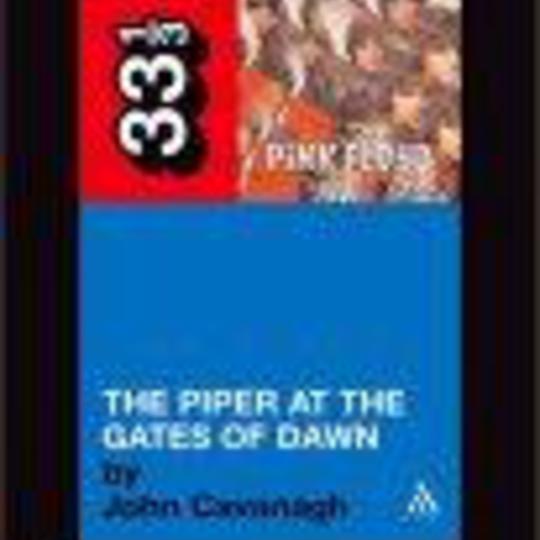 'Piper at the Gates of Dawn' is not only one of the seminal psychedelic albums of the sixties, but is also famous for being one of the few existing exposes of the phenomenal creative talent of the elusive Syd Barrett. It bizarrely takes its title from a chapter of 'Wind in the Willows' by Kenneth Grahame, and many of the tracks, such as 'Bike' and 'The Gnome', exhibit a similar air of playful, childish fantasy. Without Syd's lyrics, Pink Floyd after his psyched-out departure had little choice but to move in different creative directions.

John Cavanagh's book, however, is most emphatic on one point: "This is not another book about mad Syd." The legend of acid-addled Syd has spawned countless books, articles, obsessions; even a DVD of his first mushroom trip. But the very fact that Pink Floyd, like the Manic Street Preachers, managed to not only continue but evolve both creatively and in popularity after the departure of a band member serves to show that the success of 'Piper at the Gates of Dawn' was not merely due to Mr Barrett.

John Cavanagh's book is refreshingly personal on two levels: firstly, it offers us an insight into the author's personal experience of the album, and also, through the comments of friends and acquaintances, a valuable insight into the early group dynamic and social background of Piper-era Pink Floyd. Despite the personal perspective of the narrative, Cavanagh never lapses into painfully self-aware nostalgia. He includes numerous contributions from people involved in the creation of Piper, giving us a real sense of the genesis of the album (including some interesting information about the recording procedures of the time), the musical aesthetics and the group dynamic. Despite its brevity, his book presents an admirably well-informed and comprehensive analysis of the album.

Pink Floyd originally started off as a fairly average R'n'B cover band. Gradually, through the whimsical musical experiments typical of bored teenage bands, they discovered a new sound which involved longer, improvisatory sections, enhanced by Syd's love of echo units to create a thickened mesh of sound. Cavanagh, through the testimonies of former acquaintances, explores their connection with the UFO (Underground Freak-Out) hippie crowd after their move to London, and the transformation of their long, rambling live sound in the studio to create the relatively tightly-structured Piper. Basically, as Cavanagh acknowledges, the songs Syd wrote could be fitted into a conventional pop-song structure. In live, performance Pink Floyd simply explored the innate creative potential of the musical material, leading to long, drawn-out solos (cynics might suggest this style evolved because they didn't have enough musical material and had to stretch out what they had to make a set which was suitable in length).

Yet what brings his narrative alive is John Cavanagh's obvious deep love ofthe music itself, coupled with a refreshing, respectful lack of obsession with the band members themselves. He describes at one point how, at the age of 10, he dreamed of visiting Syd in Cambridge, but has long since given up the misplaced desire to do so. Perhaps the journalists who still attempt to hound Roger Barrett (Syd's real name) should take notice: Roger is not Syd, who ceased to exist after his departure from the music world. Syd Barrett lives on only through his music. Cavanagh states that 'Piper at the Gates of Dawn' could never have existed without him, but it also could not have existed without the other close-knit band members (notably the strong influence of Roger Waters). Forget the contemporary cult of celebrity and listen to the music, dammit.

Tales of a Librarian