Tales of a Librarian 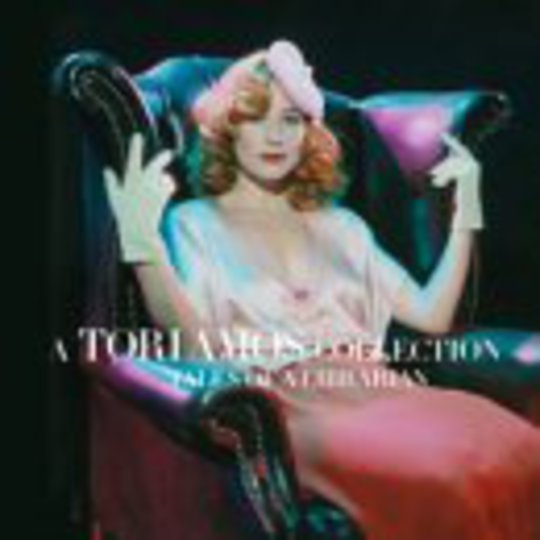 It’s been ten years and seven albums since Tori Amos released Little Earthquakes to widespread critical acclaim, kickstarting a radically devotional following that sees fairy-wing sales skyrocket each time she announces a tour. Tales of a Librarian is her first compilation, a best-of rather than a greatest hits – or, as she sees it – an audio autobiography, effectively allowing her to include, say, the more eclectic tracks from _Boys for Pele_ over songs that actually received radio airplay. This isn’t a surprise to most Toriphiles; To Venus and Back, her half new material/half live album, demonstrates Tori makes interesting choices for her compendiums. But for Tales from a Librarian, the choices are heavy on old school songs with spit-and-polish enhancements, undermining any actual career retrospective.

So what is the point of this record, and just who is it for? Since it doesn’t include the Songs on the Radio, the casual fan will not find this collection to be of any use. And for those diehards – her Ears with Feet – there are two new songs; the limited edition has a bonus DVD featuring a few sound check video clips, a photo gallery and DVD-audio versions of two songs (one of which, "Mr. Zebra," also appears on the audio-only disc). "Way Down" from Boys for Pele is extended to repeat the backing gospel choir without Tori's lead vocal, "Professional Widow" from the same album is Armand's Star Trunk Funkin’ Mix. Two previous b-sides, "Sweet Dreams," from the Winter EP, and "Mary," from "Crucify," have been rerecorded. There are only two new songs: "Angels" and "Snow Cherries from France." Six tracks from Little Earthquakes make up the 20-track CD; three each from _Under the Pink, Boys for Pele,_ and From the Choirgirl Hotel; one track from To Venus and Back. There is nothing from _Strange Little Girls_ nor _Scarlet’s Walk. _This is a library – an autobiography? More like revisionist history.

An artist has every right to revise their work, but in the case of Tales of a Librarian, Amos has simply tinkered with her tracks rather than actually revised them (insert too-many-spices-ruin-the-dish/if-it-ain’t-broke-don’t-fix-it cliché here). For those who snuggled into Tori’s early records like they were a warm sweater and a cup of chamomile on a rainy afternoon, the echoes, droning backup vocals, and new arrangements are jarringly noticeable. (What’s with that spoken verse blathering along to the lead after the middle eight in "Tear in Your Hand"? And all that lyric echo on "Jackie’s Strength"?)

Naturally, with these new 'alternate' versions and previously unreleased tracks, the extreme completeist can’t not buy this record, and Tori’s fans are nothing if not extreme completeists. Undoubtedly Atlantic is laughing all the way to the First National Bank of Faerie.