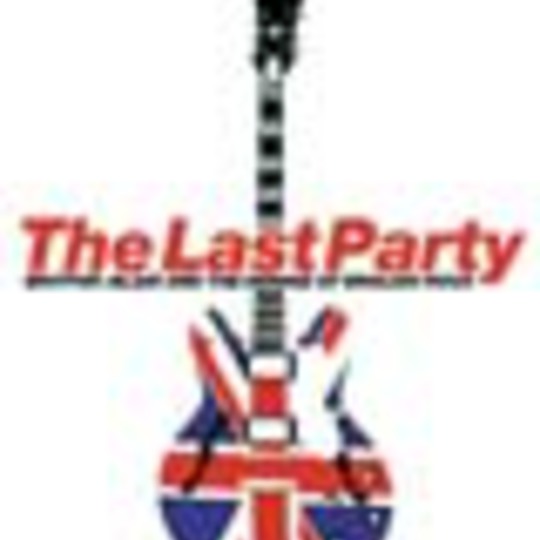 The most surreal moment I’ve had since moving to London early last year was in Tottenham Court Road tube late on a Saturday night. We’d just come from the Prince Charles Cinema, weaved through drunken traffic to the eastbound Central Line platform, and all that could be heard was a busker singing 'Wonderwall', and a whole platform of people singing along at the top of their lungs. Even those who weren’t singing were singing; you could see the lyrics flashing through their heads, the words playing about the corners of their mouths.

This was the England I came to see.

In 1995, Britpop was the greatest thing in the world to me, on the other side of the Atlantic and sick to death of grunge culture and Kurt Fucking Cobain. It was the return of Swinging London, only better: it didn’t belong to the boomers, it belonged to the kids, to us_. It was response, reaction, rebellion; a brilliant, clanging noise to the dinosaurs controlling pop culture that their time was, at last, finally over. Just as grunge had liberated American kids from the baby boomer stranglehold, Douglas Coupland’s _Generation X replacing the New Journalists and the Bonfire of the Vanities as voices defining their generation, so did the Britpop bands, stoking the fires of British youth culture, celebrating the everyday life of everyday Britons.

And almost as soon as it began, it was over.

The Last Party: Britpop, Blair and the Demise of English Rock is the most decisive book you’ll read on this movement. Starting with the indie culture of the ’70s and ’80s, it follows Britpop’s immediate precursors, acid house and baggy, through the first eruption of the Stone Roses and Happy Mondays, the first inkling of what Britpop was to become in Suede, and finally, to the earth-shaking explosion of Blur and Oasis, paralleling the British music industry’s renaissance with the crumbling Tory government and the upsurge of New Labour. After all, what more validation could this cultural revolution receive than a rock-and-roll premier? (Unfortunately, for all the discussion of Tony Blair in his full-on Mick Jagger awwwwiiiiiigggghhhht swagger in Ugly Rumors, there are no pictures.)

Author John Harris talks to the people who made it happen, the pop stars, the managers, the spin doctors, Alan McGee. Harris himself, a writer at the now-defunct Select, ties it all together with brilliant writing and irrepressible wit, dishing the dirt without ever resorting to tabloid reportage or "I-was-there, maaan" rhetoric. The book is a map of revolution gone awry, and every anecdote -- Damon Albarn and his hissing contests with Brett Anderson, the heroin-infused implosion of Elastica’s attempts at recording their second album, the bitter dispute resulting in Bernard Butler’s sacking from Suede, the irony of Menswear’s Chris Gentry being one of the first to benefit from Alan McGee’s New Deal for Musicians, even the retelling of Louise Wener vomiting in the bathroom during her dinner with Chris Evans because Sleeper’s newest single charted so low she knew her career was over -- do more to illuminate and explain the music industry than any dissertation or analysis ever could. Prospective stars: read this and consider yourselves warned.

All the stories you’ve heard before are again retold, only this time without the hype and hyperbole: The full picture of Damon Albarn meeting with Tony Blair; the record company marketing department war that was 'Country House' versus 'Roll with It'; Noel Gallagher and his media whore wife at 10 Downing Street; Princess Diana's loss of life shortly after the release of Oasis’s 'Be Here Now' effectively serving as a death rattle for the whole movement. Exhaustively researched and indexed, The Last Party is the full story, complete and uncut; gleefully dishing out everything the documentary Live Forever didn’t tell.

Not Gonna Get Us