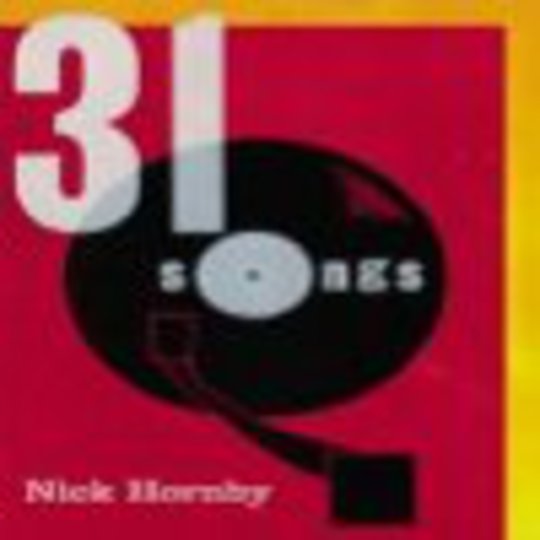 There’s a quote from Grandpa Simpson that effectively sums up Nick Horby’s 31 Songs: "I was with 'it' once. Then they changed what ‘it’ was. Now what is 'it' is strange and scary to me. _It will happen to you…"_

Although it didn’t happen to Nick Hornby, he fears that it has, and_ _this book is his defense that it hasn’t just yet. An essay collection on popular music (that is, music that is popular), 31 Songs isn’t just a list of the songs that make up Hornby’s mix tape, nor is it a list of his all-time favourites and the memories these songs evoke. Following the song framework, Hornby uses each song and his reasons for including it as a jumping-off point to discuss the effects of popular music on our lives. What makes a song bad or good isn’t the issue, it’s what value or worth each song has or contributes to popular music history.

Unfortunately, Hornby is painfully aware of his age, and spends a great deal of time justifying his opinions, his choices, and the book itself, preparing for criticism not yet aired. He apologises for his crush on Nelly Furtado’s "I’m Like a Bird"; he digs in his heels over Jackson Browne’s back catalogue. He rationalizes his choice for softer music at this stage in his life, but thankfully at no point does he utter the phrase "If it’s too loud, then you’re too old."

Hornby’s defensiveness may not be necessary but it’s totally understandable. He certainly acknowledges the backlash his own career has received without any particular change in the quality and consistency of his writing, and he sums it up quite rightly by saying that music criticism is a young person’s profession. He takes a number of entertaining shots at the Angry Young Men who sputter venomously on about bands, platforms, forms, genres, subcultures. He strips it all down to the barest essentials, dispensing with all the labels and zeroing in on the songs themselves, and evaluating each piece of work as a man who cannot create the art himself but loves it so passionately he cannot help but burst with its beauty.

The irony is, he and the Angry Young Men have much in common, and Hornby is, in essence, what happens when indie kids grow up and become adults. His path is far preferable to, say, the eternal youth past-its-prime dinosaur that lurks out there in the pot smoke and dark (i.e. Ray Manzarek).

31 Songs makes the music fan feel better about growing up, growing older: Hornby tells us it’s not juvenile or immature to still care about music at 45, and the proof of this is in the anecdotes he shares about his autistic son, Danny, and their shared interest is proof that music, as well as the other arts, reaches us emotionally, touches us beyond words, is something approaching the divine.