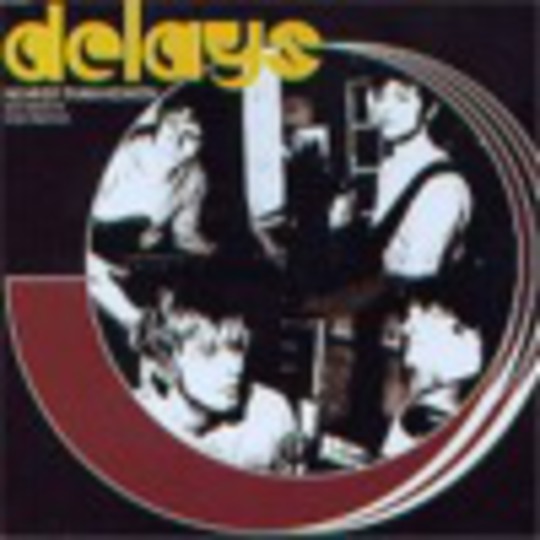 There seemed to be a huge spoil of sweet jangly singles in the charts in the early nineties by bands that promised such treasures in three minutes only to slump into record company difficulties, heroin addiction, second album syndrome or worse. However, their bittersweet legacy only helps to reaffirm how wonderful some of the singles of groups like The La’s, The Real People and Milltown Brothers were and to give them an extra poignancy.

Fronted by brothers Greg & Aaron Gilbert, Delays seem to be cut from that same cloth, the chiming guitars together with the on-the-cusp-of-heartbreak vocals. Signed to Rough Trade, this Southampton four-piece have cut what sounds like an instant classic. After the first listen, the mellifluous swirling melodies will be swimming round your eardrums for days on end. ‘Nearer Than Heaven’ is an outstanding debut single. This is a hugely promising start.