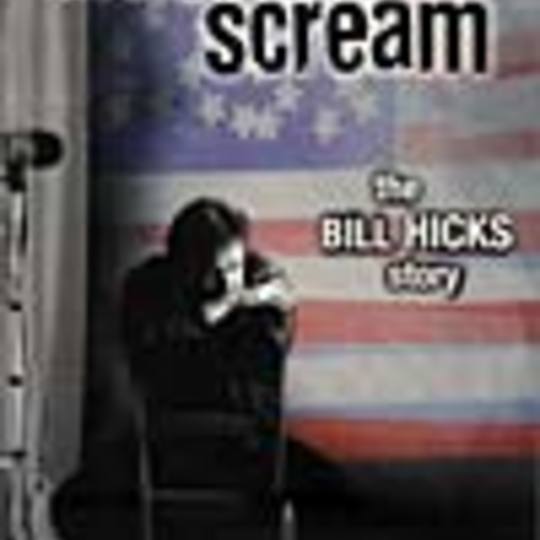 If you know of the legendary status of Bill Hicks – the infamous American-comedian-come-political-philosopher-via-redneck-hillbilly schtick – it’ll come as a surprise no one’s done a book about him before. Goddammit, even Frank Skinner’s even got a bloody book about him, and Frank Skinner’s not even bloody dead yet.

So comes ”American Scream” - and with the man himself dead, its not like he can have much input. That’s where author Cynthia True comes into it, interviewing his family, cloest friends, business associates, peers and even rivals to try to get as accurate a portrayal as you can, 8 years removed. Don’t be deceived tho’ - This is no whitewash : covering even the most awkward of his ealry teenage years and painful self-neuroses. But with his death, he did an Elvis, people actually started buying his records, and before you know it, you gotta bona fide ‘cult’ hero who everyone pretends they actually liked and adored when he was alive, when there were times when he couldn’t even get gigs. But that’s not the point.

As a History of Hicks’s life, it’s the best – by simple virtue of being the only – summation to date. Dealing from his earliest years to his shortlived stand up career at school and the heavy influences of Lenny Bruce and Woody Allen – at such time, he could get appearances on Local TV, yet couldn’t even get into the high school talent contest – via struggling to get stand up gigs, to the years of selling out theatres and TV specials – its all here. Included along the way is a veritable cornucopia of otherwise unknown and unpublished anecdotes, information on his musical endeavour, as well as transcribed extracts from many otherwise unreleased or unavailable skits, some of which work as being among his best material.

Written by former comedy correspondent for Time Out New York Cynthia True this covers ground old and new to in a Hicksian sardonic, sarcastic and irreverent way. The love/hate relationship with shock-comic Sam Kinnison which bordered on parasitic and exploitative on both sides – as well as the wholesale theft of much of his earlier material by Dennis Leary and the many business disputes, culminating in his dramatic censorship off the Letterman Show – this is a must read for anyone interested in how comedy became not just entertainment, but educational : The way of making people laugh at their own oppression, not by simple satire; but by making an audience listen, learn and laugh at the same time.


Hicks was censroed on the Letterman show not because he was offensive, but because it is informative, dangerous, and says things some people might rather you didn’t hear. And that, like anything that spreads the word, makes this more vital than any bloody Frank Skinner or Billy Connelly book anyday.