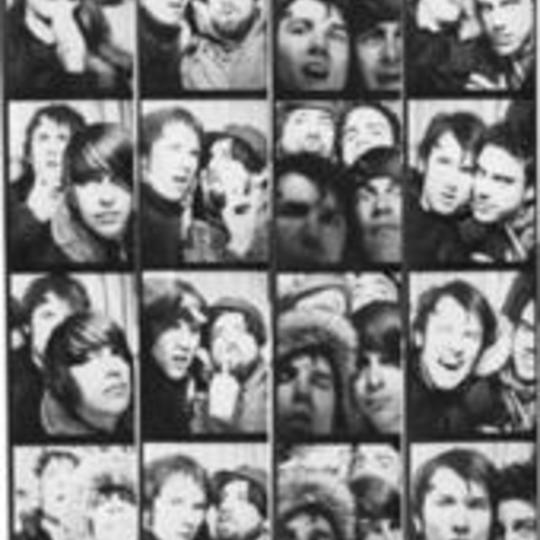 So you’re in a band, you’ve spent years supporting all the so-hot-right-now groups from Franz to Yeahs to Killers, how do you think it would sound? Although billed as beat-heavy and angular enough to be on a par with The Rapture and !!!** and the like, our friends from across the pond Trouble Everyday seem to display something much more rawk-infused and – how to put this – in touch with their ‘emotional’ and ‘hardcore’ leanings on a demo of their new album ‘Days vs. Nights’. When they divert towards the former – i.e. how they’re billed - they tend to deliver some insightful yet shape-throwing tunes, yet when they indulge in the latter, things are liable to fall a bit flat.

Thankfully, the united shouting and sharply brief choruses on opener ‘Private Dialogue’ are mouth-watering enough, being reminiscent of a US Jarcrew, or even an incarnation of Pretty Girls Make Graves that actually actively encourage dancing like a looner. The power-chords and gravely singing get more prominent as the proceedings continue, with ‘I’ll Sleep When I’m Dead’ sounding more like a less cerebral screamo endurance test, or at least something with the suffix ‘-core’, rather than the punk-funk fest that we had been built up for. And, frankly, by the time ‘Cancellation’ comes about, the whole chiming riffs and squalling expletives thing wears a bit thin. However, they leave us for now with the (yes!) bass-heavy and angular ‘Codeword’, which gives the chance to show seemingly what Trouble Everyday do best, infusing jittery post-punk with a style that emo kids would consider ‘a heart’. Promising, yes, but delivering in few places.

Awake Is The New Sleep