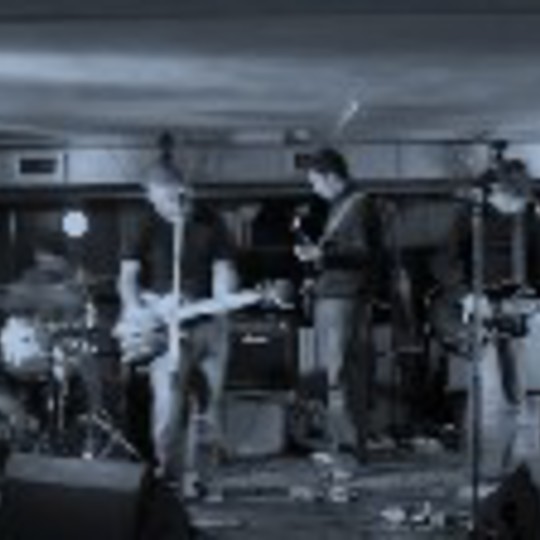 First of all, I'd just like to say what a pleasure it is to hear something so refined, inadequately beautiful even, that doesn't just set its stall in the safety zone of elevator orientated pop.

In fact, straddling through the three tracks contained on this recording, it would be downright rude not to mention the fact that Sennen have managed to squeeze a plethora of obvious influences (Mogwai, My Bloody Valentine, Tim Buckley and Tortoise) into a timeless spate of nuances fit for the most devout black-clad floppy fringed evangelist to religiously stare at one's shoes in adoration.

However, to merely dismiss Sennen as erudite copyists would also amount to a copious accusation of missing the point entirely.

Whether the name originates from the cove situated at the peninsula of Cornwall's glorious coastline or as homage to Oxford's finest (aka Ride) remains to be seen, but the opening whiff of backward tracking that greets 'Laid Out' casts an eerie spectre over Mark Gardener and co's 'Nowhere' opus. And that's before I mention it's effects-laden proximity to Springsteen's 'Dancing In The Dark', coupled with the luscious harmony reading "I feel so good..." in bold Britannic italics over the top.

Of the other two songs, 'It's Good To Know' sounds a little too ambitious for its own good, changing direction one time too many before ending up chewing the cud from its own rectal cavity mid-song.

'Watch The Skies' however is a brutally deluxe eclipse that takes Mogwai's almost trademark fast/slow-quiet/loud dynamic before treading on its toes and adding a dose of feral swathing that's like honey to a bee. Except it's about to land in your ears. Ummm. Lovely.