The Haunted Fairground... and other tales 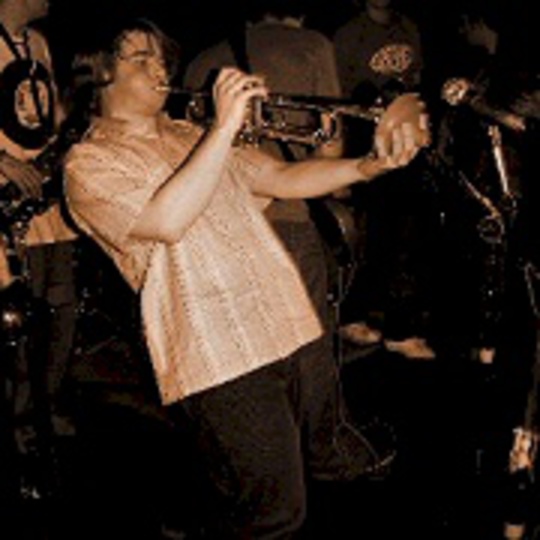 We’ve seen many “core” genres go by, so much so that DiScore is becoming a regular night in London. I don’t think, however, anybody expected to see “Big Band Core” written in a biog. Believe it or not, that is what Glasgow’s The 44s claim to be.

With the super-fast ska/punk of openers ‘Moron Conglomerate’ and ‘Moira Stewart’ (a tribute(?) to the Scottish newsreader), the big band element isn’t appearing. What does throb on the stereo can be described as tight as a gnat’s chuff with some great, phat riffage (sorry, I promised never to use that word again) and miniature, screeching solos.

When they say “big band”, though, they don’t just mean “we have a horn section”. When ‘Evening Spread’ kicks in, it all makes sense - it’s the rock ‘Big Spender’; a brilliantly flamboyant yet entirely lovable strut through showtunes’ back-pages, verging on genius.

Taking it down a step further, there’s a bit of jazz and ska with ‘Leiothrix’, and finally the distorted polka of ‘Evander Outlander’, which sees them just as musically close to The Coral or Ludes as they are with Capdown or Goldfinger.

While this isn’t a ‘demo’ as such, it is released on their own label, pressed on proper CDs and proper shiny artwork, and limited to 500 copies. If you’re a ska/punk fan or even just tolerate the stuff, check out this lot for something with that little extra special twist.