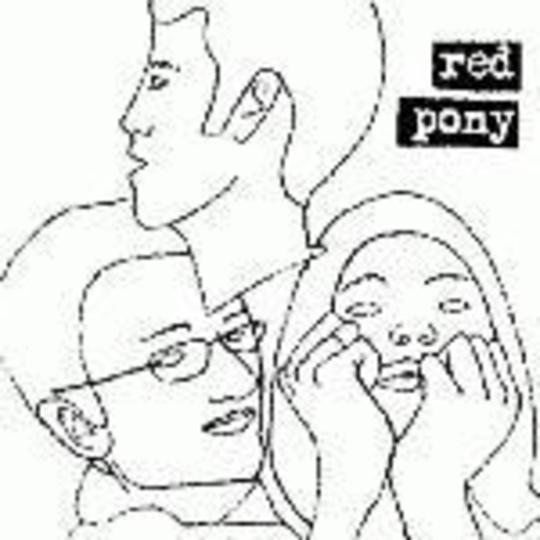 On a message board recentley I was asked which nation in the United Kingdom did I think produced the best bands. I said personally I think it is Scotland over the past year with Wales a close second. Three weeks into 2004 and Wales is right back in the running producing yet another stunning band... yet no band members are welsh!

Red Pony are three students from England who met up at Cardiff University just under a year ago and thought 'Lets start a band', and boy am I glad they did! In the past 11 months they have had the NME come see them live, been played on Radio 1 and headlined the Cardiff Barfly... not bad going in such a brief existence! They are what you would describe as 'minimal', consisting mainly of a guitarist, drummer and a viola, but the sound they produce makes it feel like more, much much more. The band's sound can't even be typecast because this five-track demo shows several different sides to them. For starters, 'The Swarm' is the best song that The White Stripes haven't got around to making but this is not a one-trick pony (excuse the pun) by any means. Taking the lead vocals off Jamie for one track, the multi-talented Anna (who also plays keyboards and piano) puts her voice to 'The Sky Will Open', an almost avant garde jazz/paso doble like gradual build up before the band culminates in rocking out almost tribally for the last minute.

If there were any complaints to make it would be the recording quality but that is to be expected from a demo, and sometimes singer Jamie does tend to go slightly off key. If anything, it just emphasises how good this band could be when I am gushing over them with these faults. That shows there is room to improve and the band can get even better! I am not going to describe this track for track; it is on their website to be discovered and for opinions to be made. For my money, this is a band who could potentially make an impact outside of their current Welsh confines, and I sure hope they do.