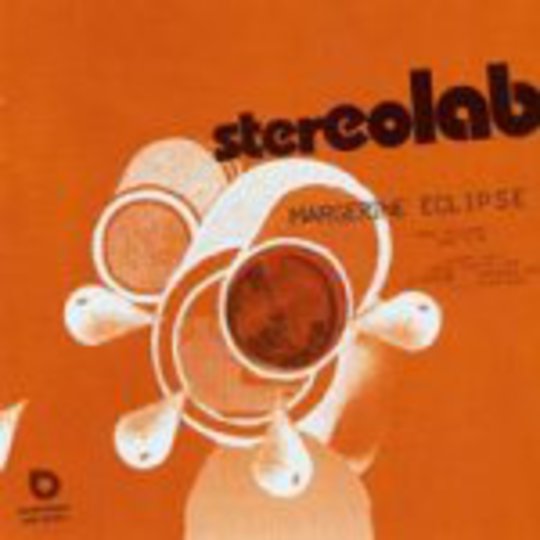 It’d be a crushing understatement to say that last year must have been a bit crap at times for Stereolab, but if they didn’t laugh, they’d only cry.

The death of a founder member would leave most bands in the no-win quandary of either splitting up or going to ground to record their dark album. A hundred and one references to endless black holes and soulless concrete streets, where not even a fart in a library could raise a smile, are all that are left to fill the void.

Maybe it’s the fact that Mary Hansen was tragically killed in a cycling accident rather than by a sordid and miserable drug addiction that ‘Margarine Eclipse’ sounds so optimistic, fresh and dignified, but most importantly like classic Stereolab at their very best.

To be brutally honest, I often found Stereolab a frustrating proposition. Too often their candy-coated analogue whistles careered off too close to the planet Uranus. Basically they disappeared up their own arse. But ‘Margarine Eclipse’ appears to have shelved the tendency to over-egg the pudding and embraced the thesis of pop music whole-heartedly.

‘Margarine Rock’ is so cheerfully brilliant it could make Zebidee bounce to the moon, but that’s not to say they’ve overdose on the E-numbers to the point where a change in wind direction could leave them with that doe-eyed smile for good. ‘Cosmic Country Noir’, meanwhile, is the sound of electronic music at its most human. It’s the sound of Belle and Sebastian’s metal heart beating in a toyshop.

It may be crass to say so, but ‘Margarine Eclipse’ is metaphorically the piss-up after the funeral. ‘Vonal Declosion’ marks the eagerness with which everyone hits the cocktail sausages and pork pie. But by the time ‘Dear Marge’ fades out you realise you’re tipsy on gin and your Aunt Maggie’s fallen asleep in the armchair.

They may have been the most unlikely candidates, but Stereolab have strapped on the gloves and come out fighting.