The Retro Spankees 'Eggs Are Fragile: Handle With Care' 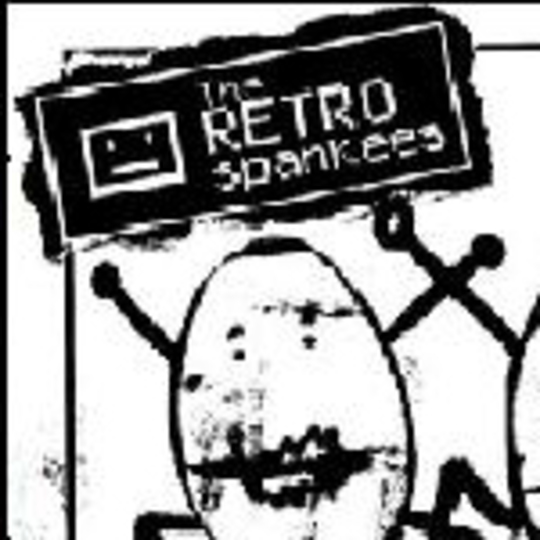 Live, Northampton’s The Retro Spankees - Charlie, Josh, Jo, Robert and their mascot Old Mac Monkey the White Sock Monkey - make a kind of racket which isn't so much Rival Schools as Remedial Schools, playing gigs to a devoted fanbase known as The Retro Soldiers.

The 'Eggs Are Fragile: Handle With Care' demo?then, is an experience. Instrumental opener, 'Worthing Warriors', sounds like the 'Trumpton' theme on acid whilst second track 'My Sonic Driver' sounds like it was recorded on acid with a disorientating disco groove and much screaming going on. Indeed, during the song, DiS' walls all went wobbly, his Mum tried to force him to eat chocolate cake, and he could hear and see Steve Wright presenting 'Sunday Love Songs' through the floor boards. Sadly, he couldn't sit through last track, the kazoo-led 'Easy Squeezy' as he was running around the house grinning like a loon.

This is The Retro Spankees effect. It would be easy to dismiss them as a cartoonish novelty act but if they reign in the screaming excess and throw in a couple more bona fide tunes then who knows. For now 'Eggs Are Fragile...' is an excellent starting point.