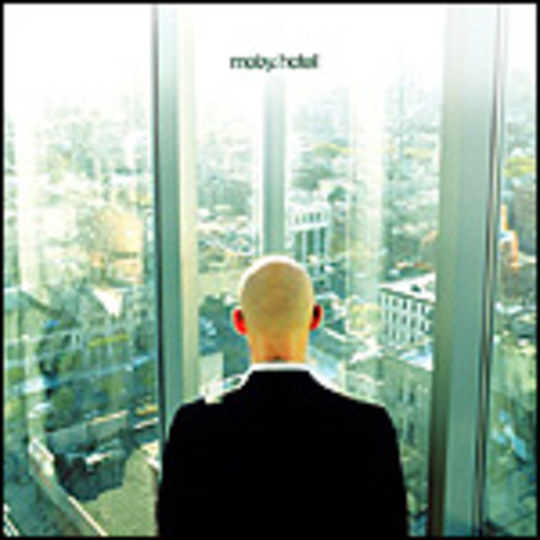 Contrary to what the people reading this probably think, we over at DIS don’t relish the prospect of reviewing bad, uninspiring music. Sure, when an album sucks it's easier to write about, and the review is usually more entertaining to read, but this also involves having to sit through repeated plays of a CD filled with dreck. This is hard enough on its own, but when the dreck in question is the continuation of a series of dreck put out by an artist that actually used to be really good, it gets downright depressing.

Case and point is 'Hotel', the latest album from Moby. What the hell happened to this guy? Just under a decade ago, he was making brilliant music, and you can stop giggling at the back there, because it's true. Up until 1997 Richard Melville Hall's release catalogue was filled with platters of ambient and techno goodness that shook up dance floors worldwide.

Granted, eight years is a long time - hell, back then the Labour Party seemed like saviours to the UK's electorate - and an artist's former glory is never an excuse for them to release unimaginative tosh. I'm only mentioning it because when 'Play' came out in 1999, and soundtracked every commercial in existence, Moby-bashing became a bit of a national past time in the world of music hackdom.

I don't have it in for Moby. As Eminem demonstrated a few years ago, slagging off the music industry’s most renowned pacifist is not big or clever. (It's also a pretty retarded way to try and establish "hardman" credentials. Who's next on Marshall Mathers' shitlist? The Dalai Lama?) But I had hopes for 'Hotel'. I wanted to be writing things like "return to form" or "best album since 'I like to score'". But it isn’t either of things. It isn't even as good as '18'.

For the most part, 'Hotel', is very aptly named, as the music it contains is innocuous enough to be playing in a hotel lobby. Or a shopping mall. Or an elevator. This time round Moby plays all the instruments on the album (except the drums), presumably to give the proceedings a more organic feel, but this doesn't stop the results coming across as bland and instantly forgettable.

Even the slightly more up-tempo numbers like the slide-guitar-ridden pap of 'Raining Again' and the low-rent Enigma wannabe 'Lift Me Up' have a lightweight feel about them. It's as though every song was made to be played at a volume that won't bother the neighbours.

To make matters worse, the only time Hotel_ manages to capture your attention, it's with a song that's so unbelievably bad, you instinctively reach for the skip button. The first time this happens is when the heinous cover of New Order's 'Temptation' limps out of the gate. With the help of chanteuse for hire Laura Dawn, Moby strips the song down to a drum machine on a quarter speed of the orginal under progammed violins and the odd keyboard stroke. Boo!

As horrible as that sounds, at least it doesn't involve having to imagine Moby naked. That comes later in 'Very' and 'I like it' when Dawn and Moby attempt to get raunchy on tape. Admittedly, Dawn's swooning vocals and the electo-pop keyboard work detract from the actual lyrical content - you're left wondering at the fact this could've been a b-side to Limahl's theme to The Neverending Story. The real low-point is 'I like it', in which Dawn and Moby whisper and moan at each other ("Did I say that I liked it? (Yes you did)/I liked everything about it/I liked everything we tried"_) over a musical bed that sounds like a low-rent porn soundtrack with someone playing a video game in the background. I was pretty surprised he didn't break out a wah-wah pedal before it ended.

The worst bit of 'Hotel' is that it's bookended with an intro and outro of ambient atmospherics that are pretty good. I don't know if that's the direction more that better material lies in. All I do know is that it seemed more promising than the passionless, clinical guff that I've had to sit through for the last couple of days. At this point, I'd advise closing down these premises and moving on. It can only be an improvement.