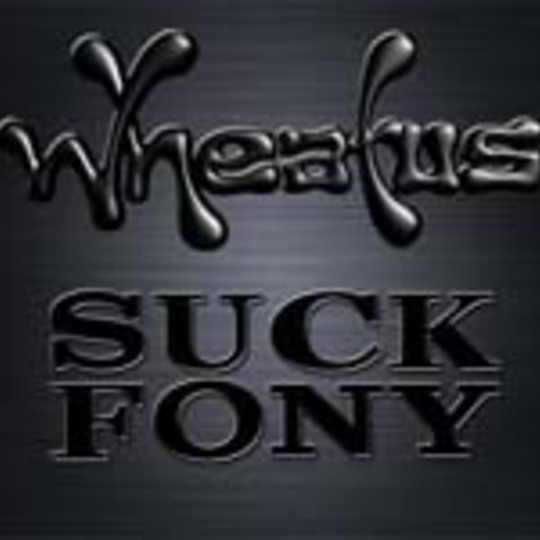 Pssst! Remember Wheatus? I know you do, y’know. ‘Teenage Dirtbag’ and all that jive. Seems like such a long time ago, doesn’t it? The summer of 2001…‘Is This It?’ and ‘White Blood Cells’; everything scuzzy garage guitars and greaseboy uber-cool. “All aboard the New Musical Express, boys and girls, mind the gap! Wait…who are these stragglers at the back? Nu-metal? Nu-grunge? GEEK ROCK? Fuck no, you’re going over the side nerdboy. When we reach the bridge, just you wait. That’s it; off you roll…just like that fat little muskrat kid shoulda done in ‘Stand By Me’…That’s it…SPALOOSH!” Unlike River Phoenix, we’ve come quite a way since then. Wheatus, however, hasn’t.

I recently had a conversation with a friend, who had come to the Lucy-induced conclusion that time was the devil’s creation. I think he saw it in a film once and that terrible acid dislodged it from its nook in his subconscious. Anyway, the theory goes that Beelzebub invented the dimension of time in order to drive us from divinity, just as a spiteful cause of mischief. So all this while God’s trying to coax us towards some kind of beautiful eternal existence, we’re running off entertaining ourselves with the likes of acid, back-street knife-fights, dungarees etc. And we don’t realise. Until it’s too late. But hold on a second…without time, how would anyone ever find the time to do anything worthwhile? Without the restraints of time, what value does anything have? Where would we all be without change? Surely we’d all just be pottering around all day succumbing to daytime TV and cursing ourselves and our pocketwatches for being so bone bloody idle. Everyone slouched against the pure white walls of a tube station, waiting for a shuttle that will never come, because, well there’s always tomorrow, right? (Coupled with the fact that the driver’s refusing to get out of bed for anything less than 30k anyway). Now, Imagine the scenario; it’s 2001, and Wheatus have just gone to the top of the singles charts. I still don’t know quite how, but, shit, the geek kids love it, and those uber-cool Strokes greaseboys probably quite like it too, on some secret and/or ironic level. Everyone’s sat round watching Big Brother when, suddenly, in a mass moment of clarity, (think the stuff of **Marx’s revolutionary wet dreams), we all realise that this time stuff is nonsense and somehow, somewhere some neon purple lights flash and we are plucked from the pavements between the thumb and forefinger of a bloke in the sky. And, WHAM, we are all in that tube station, the one painted in purest white.

Now there’s a busker. Two buskers. Three buskers, four buskers, ten buskers, 112, 328, 5,000 buskers multiplying and multiplying as all the modern world’s wandering minstrels drop one by one, into our scene. Buskers being as buskers are, they just want to entertain, correct? ‘Cept now it’s got that ultra-competitive edge, ‘cos they all wanna entertain more than the next straggle-bearded rogue stood beside them. A couple of seconds later, and via the autobahns of cool, hard logic, they crash headlong into their collective conclusions. What’s number 1? What will the kids really dig?

People hum along for the first time. The second time, the nerves are a little frayed, as if you’ve just entered into divine presence you’d think they’d have the decency to give you a bit of time to think. But they wail on. In that high pitched voice, “Cos I’m just a teenage dirtbag baby, like youooo-woooohooohoohOOoo,” wailing on; by now people are starting to get more than a little tense. Suddenly, they’re screaming for the buskers to stop, verbal tirades turn into rabid physical attacks; the tube station is crazed. People are throwing themselves onto the tracks in front of a train that will never come. Suddenly, the guitars are seized and purged; smashed to pieces as albino rodents scurry in all directions. After the storm, people slouch against the white walls. Wheatus just killed rock’n’roll. Forever.

So now it’s 2005, and we haven’t yet arrived at the realisation that time is Satan’s plaything, leaving Big Brother, the Strokes and the Whites to keep marching on, unabashed. Wheatus, however, isn’t. Where would we all be without change, eh?

Be Your Own Pet at Infinity Club, London, Thu 24 Mar