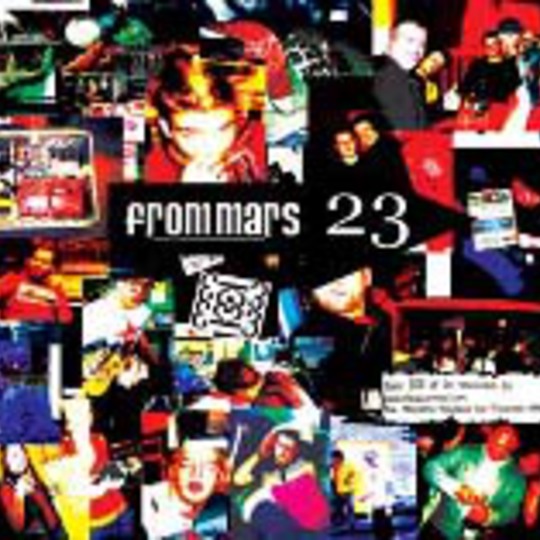 It might have been out of a general skintness, an overbooked studio, or the hassle with getting time off work, but someone in the From Mars camp decided that the reason the band's debut album would be called '23', was because the whole thing would be recorded, mastered and released within the space of just twenty-three hours. Simple! Or, as a quote from the hand scribbled CD notes has it, "Never in my life have I done anything so fucking stupid!"

'23' is twelve tracks of reasonably similar fare. There are stunted jagged rhythms, soft then loud Bloc Party-ish vocals, and incredibly tight and hard playing throughout, although there are, understandably, a few small signs of flagging bodies and minds towards the end.

From Mars have chosen their style and deliver it with dollops of thrillingly committed passion, with plenty of emotion-tugging, chord changes. At times it becomes obvious that they have been listening to At The Drive-in, for all the evidence of tight beat references that rush with attention grabbing shapes. A well as their evident love of the sonic serrated knife, there's a wonderful feeling of total imperative, undoubtedly fuelled by their crazy mission.

The album is a busy riot with the odd ska beat thrown in, and a strong excitable voice drives the music, even if it sounds a bit seared towards the end of the sesh.

The fourth track 'Shot 2 Pieces' bounces and whoops with Super Furry phasing and the the vocal is gentler. But for all the reggae softened hard beats, 'Piffle' chooses to pinch drums, bass line and guitar straight from Pixies' Bone Machine'. Well, they might as well go in wholesale as it's been sitting there, minding its own business for long enough.

Oh, and one more thing. The plan for what to do next after an almost full day and night of studio sweating, was not to crash and die on the nearest sofa, oh no! It was to turn up at a local bar in Newport and play a gig for the Official Launch Party. As GLC will testify, Townies are made of rather unusual stuff.

Well did they make it on time? Nah, they failed miserably. Well... not miserably exactly. The time it took the first CD to arrive in the first set of grubby little fingers was Twenty Three hours and Twenty Three minutes. How's that for number crunching!