Sometimes You Hear Through Someone Else 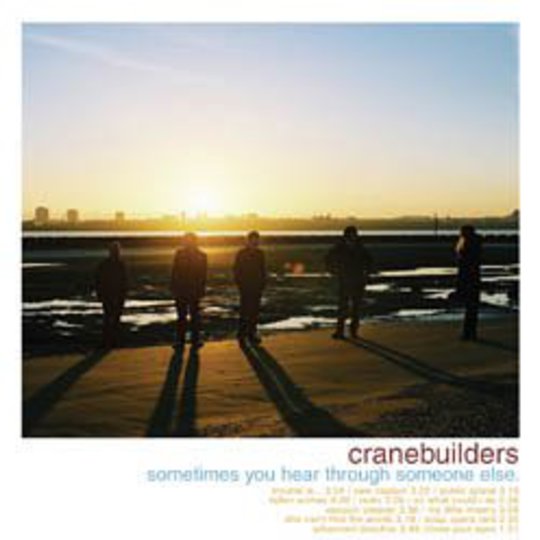 The Velvet Underground’s self-titled album is unquestionably the blueprint for the ‘other’ rock 'n' roll; the rock 'n' roll that had the amps turned down, the lights turned out and, with eyes wide and voices whispered, explored tenderness and regret and discarded everything that was showy and macho about rock 'n' roll – all that stupid golden god stuff. So strong is the record’s influence, it’s really as though, beyond the fade outs, the band never stopped playing and the tracks keep rolling on, endless, spooling out from Hollywood 1968, touching us here and there in other recordings from other ages like radio interference. You know the other rock 'n' roll when you hear it, and the Cranebuilders are certainly it.

The trouble is, it’s a hell of a record to square up to. The Cranebuilders certainly make a nice noise on their debut album, but they never quite free themselves from the debts owed to their predecessors.

Sometimes You Hear Through Someone Else is heavy with sadness. The languid pace, the chiming, clear-toned guitars and the subterranean hum of keyboards are dressed by the stark, painterly lyrics of singer Tommy Roberts. His voice falls evenly between (smog)’s Bill Calahan and Tinderstick’s Stuart Staples and trembles and cracks as he spins tales of suburban resignation and heartbreak. Indeed, the album’s most affecting moments are the saddest, particularly ‘She Can’t Find the Words’, a song about an Alzheimer’s patient losing her grip on her world - her “armchair, gas fire and her memories” _- and possibly the scariest vision of a nursing home nightmare since Phillip Larkin’s ‘The Old Fools'. There’s also the squirming, claustrophobic ‘Fallen Arches’_ – a wonderful exercise in snarling restraint. However many of the tracks on Sometimes… are simply too polite, too evenly paced and frankly too familiar-sounding to really have an impact. It’s a decent debut, but it won’t set the world alight.