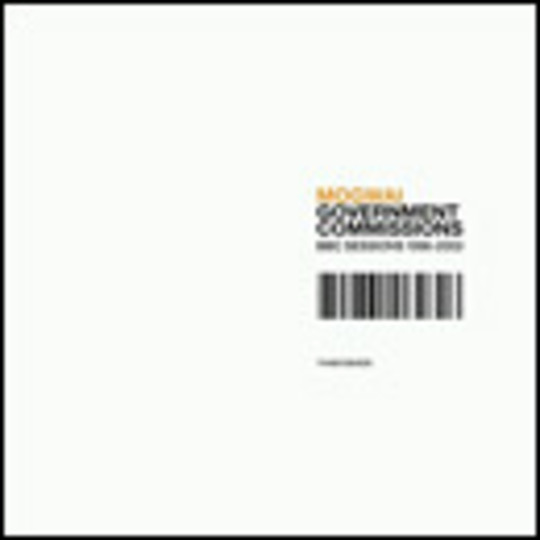 Forgive me for mentioning Peter Pan when aggressors across the Atlantic are conspiring to put one man who refused to grow old away until his marbles are well and truly lost, but certain things really do never grow old; they will never die. The songs of Mogwai, presented here in BBC session form, are such things – each of these ten tracks possesses a timelessness that’s unheard of in the work of alleged peers, the post-rockers who forget the ‘rock’ aspect of their art and subsequently all the passion and fever that enables such music to stand whatever tests time throws at it.

The earliest works here date from 1996, almost ten years ago - ‘R U Still In 2 It?’ and ‘Superheroes Of BMX’. That these songs can still sound fresh, exciting even, is testament to Mogwai’s songwriting capabilities. Admittedly, said songs sound like little more than sketches for the imposing bigger picture to come when juxtaposed alongside such titanic efforts as ‘Like Herod’ – so staggeringly uncompromising that personal stereo earphones the world over must explode at some point of its 18-minute duration – but they’ve not dated whatsoever when compared to, say, the earliest work of bands like Tortoise and, dare we utter its name, Slint.

Tracks aren’t chronological, but the record’s hotchpotch sequencing only adds to, rather than detracts from, its feeling of coherence: ‘Hunted By A Freak’ – best known now as the music from the Film Four advertisement – runs effortlessly into ‘R U Still In 2 It?’, which in turn falls breathlessly into ‘New Paths To Helicon Part II’. The effect? Like hearing the best ‘best of’, ever.

The highlight of this collection was never in doubt: the inclusion of a stirring, soul-searing version of ‘New Paths To Helicon Part I’_, all eight glorious minutes of it, ensures that this compilation is not only a collector’s piece, but also a must-have for anyone who alleges to give a fuck about music that can do more than simply entertain. ‘New Paths To Helicon Part I’ is a song that can, and will, have grown men weeping – even as it crackles its way out through already shattered earphones (‘Like Herod’ comes before this eventual coup de foudre), its impact is such that everything stops, dead. Be you on bus, in car, at home, at gig… everything fades, and there is nothing but this music, and the moment. “What moment?” you ask? Four minutes in, the afterburners ignite, blasting the song into the stratosphere. It’s the saddest but most uplifting moment in this music’s – call it post-rock if you insist – history. Someone, somewhere, right now, is asking for this to be played at his or her wedding. Truth be told, it’s probably more appropriate at a funeral – after hearing this, what more is there?

Plenty, actually, but what else can touch the heart and grind the grey matter like Mogwai past and present? Nothing, basically. This is ageless music, and utterly, one hundred per cent essential. Lost marbles can always be found; Mogwai’s trick is to never lose them in the first place.