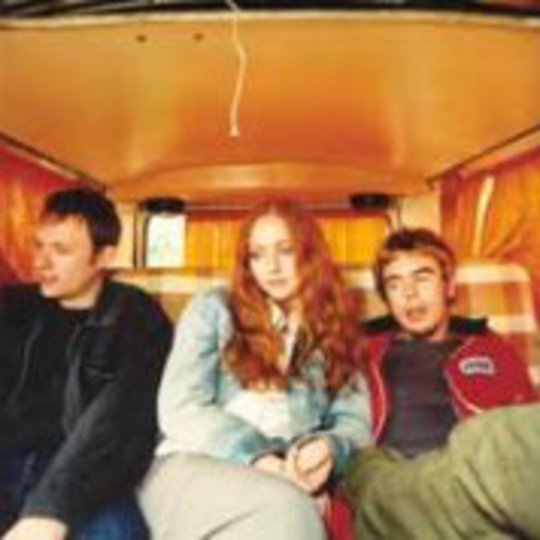 It's been something like six years since Woodbine's self-titled debut and they seem to have remained on Domino all that time, releasing not much more than a few 7"s. Says something drastically impressive about that label. Anyhoo, second Woodbine** album 'Best Before End' now wriggles into the world and begins to enthral from about halfway through, after a nondescript start.

In theory we're deep in melancholy territory. Piano, acoustic picking and ultra-soft drumming (no cymbals) from a hesitant, low key trio. Yet Susan Dillane and Graeme Swindon's male/female vocals are more acerbic than pathos-drenched, which gives the album a slightly cold feeling. Similarly, with the music, everything is dry and intimate to the point of claustrophia, in a Smog or Howe Gelb vein. If there was more echo, this could be a classic Low-esque slowcore beast. But no. It's as if they're conspiring to undermine their chosen genre. Maybe it's producer Mark Coyle's fault, because he's best known for drug-addled rock spasms such as Happy Mondays, Shack and (um) early Oasis**. Though 'fault' is too harsh a word: there's a ton of beautiful construction here and some intriguing tunes. But quirksome lyrics (a mean song about biscuits called 'Tea Time Assortment') and the chilly delivery aren't quite hitting the spot.

So, some good bits. 'The Woods' is a great crazy tune, with an odd jerky repeat on the word 'cos' and vast over-repetition of the phrase 'I was so impressed I bought the company'. And from then on, it looks up. 'Monkeys' augments a wooden guitar with a bendy saw noise worthy of Ira Kaplan and then 'Cop On' is Woodbine** at their smoggiest, with a taut minimal backbeat and wah'd guitar. Enough. All I needed to say was: they're a bit drier and sillier than they realise and 'Best Before End_' is cool from halfway.