To You The First Star 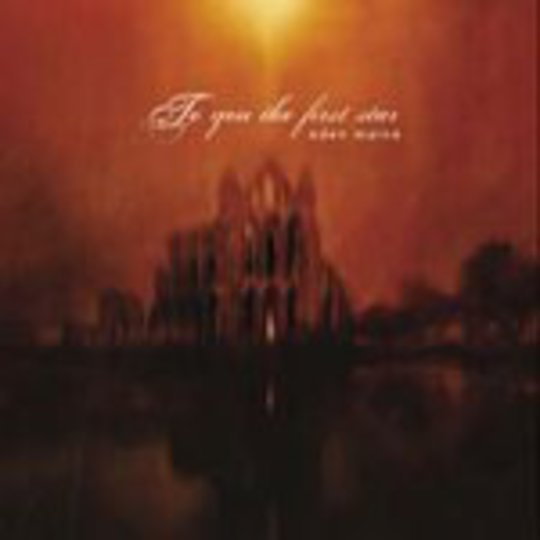 Eden Maine's music has always been uncompromising. No sooner do you get to grips with what they do, they spit out something ten times as fast and ten times as heavy. And then do it again. And again.

Consequently, their debut EP and this, their first album proper, are worlds apart. In the time since the Essex six-piece first came to our attention, they've moved on. If The Treachery Pact EP was a well-deserved sonic smack in the mouth, To You The First Star is a pitiless, shit-kicking assault on the ears. The atmospheric first thirty seconds ease you in but without warning, the real meat of this record kicks in catching you unawares - a cataclysmic explosion of double-vision drums and guitars that make you see stars.

What sets Eden Maine apart from the crowd is the fact that they're truly organic. Few bands are so ruthless and chameleonic in their progression, and few surprise so many times, if even at all. While in places this record lacks the atmospherics and instant melodic clutch that we've come to expect from Eden Maine, the songs grow around you like ivy, gradually sucking you under and seeping down through your skin.

Eden Maine have all the aggression and hardcore credentials of their more obvious peers and predecessors, but the more reflective influence of bands like Godspeed You Black Emperor is also evident, and their differing tastes in music play their part. 'The Hunter And The Hunted' sees them dipping their feet back into the contemplative waters of their earlier work - reflective, tense pin-point guitars, interrupted by pummelling drums and Adam's shrieked vocals. As Eden Maine songs go, it's fairly glossy, complemented by clean backing vocals - while it's no hangover cure, the emphasis is on melody rather than aggression. 'I Am What You Are' kicks off mercilessly, before giving way to an eerie lull reminiscent of the storm before the calm on Isis's second record. 'Do Not Move A Muscle' is much more indicative of their current direction - tumbling, see-saw guitars and rhythms piled on top of each other, all squabbling for supremacy.

It's not an immediately easy record to listen to. While the instancy of their debut EP escaped the huddled domain of the keen-eyed talent spotters and marked them out as one of Britain's brightest hopes, _To You The First Star takes patience. It's a record that rewards persistence though; heaving with texture, boldness and a wealth of ideas, Eden Maine prove that creatively they're streets ahead of the competition.