The House Of Love 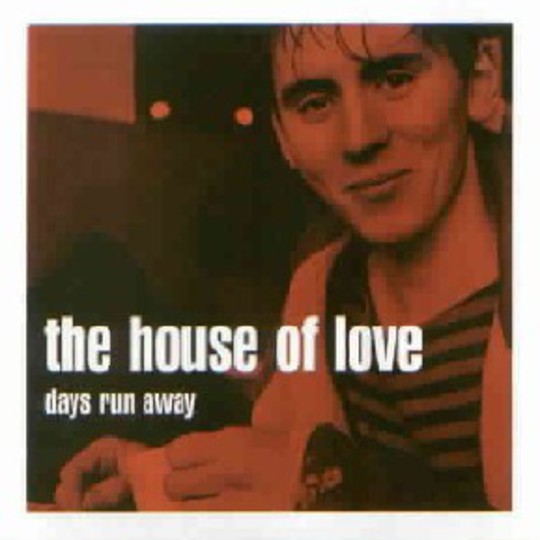 Once upon a time - the best part of two decades ago in actual fact - came a band who were tipped for international stardom. Long before the likes of Oasis, Coldplay et al broke through from the indie underground to supersized arena status, the smart money would have been on The House Of Love being the first UK independent guitar band since punk rock in the 1970s to enrol themselves full-on in the nation's psyche, and then...kaput.

The beginning of the end came as early as 1989 when inspirational guitar player Terry Bickers quit the band after a series of bust-ups with main singer/songwriter Guy Chadwick, and although the band continued through various line-up changes for the next five years, their brief flirtation with fame was well and truly over.

So now, 12 years after their last album, the seemingly low-key finale that was 'Audience With The Mind' saw the light of day, Chadwick and Bickers have finally decided to bury the hatchet, the result being 'Days Run Away'.

Bickers' trademark guitar sound is evident throughout, particularly on the single 'Love You Too Much' the ebullient rock licks of 'Gotta Be That Way' and the title track, which suggests that it's business as usual in the House Of Love despite the enormously shifting musical landscape since their last collaboration.

Occasionally there are moments of pure genius, such as the aforementioned 'Gotta Be That Way', which could have been written at the same time as the band's staple 'Shine On', such is its' nonchalent lyric seemingly about the past which coasts along in the same way as the House Of Love's most revered moment of yore. Likewise, 'Maybe You Know' seems to cast an almost knowing glance over both songwriters' shoulders as they reminisce over what might have been - "We had the world, we had it all in the palm of our hands" sings Chadwick ruefully, "maybe you know right now, things got out of hand."

Even in their halcyon days, Chadwick always saw himself as a Dylan-esque beat poet and although the bluegrass twang of 'Already Gone' sounds pleasant enough on the first listen, each subsequent hearing adds to the theory that at times they're trying just that little bit too hard to recreate their post-university years all over again.

On the whole though, 'Days Run Away' is a sprightly collection of tunes that harks back to a time where indie was a trademark sound, none more so demonstrated than by Terry Bickers' distinctive guitar sound, and while not quite on a par with the band's self-titled debut album, still stands up quite proudly alongside anything else it's curators have recorded either as The House Of Love or any subsequent solo projects.

She's Got A Reason