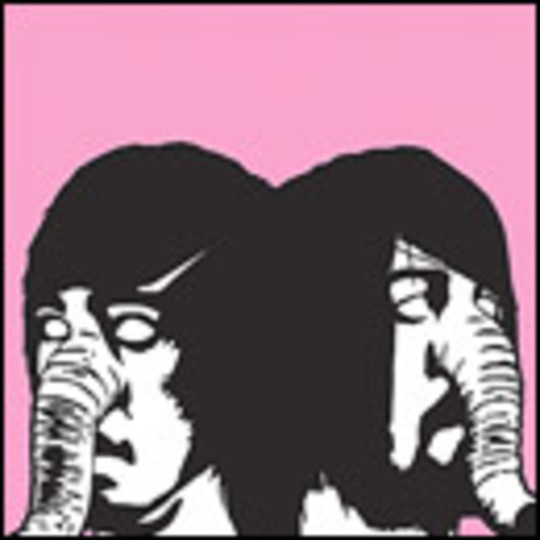 I don’t think that I’m a demanding man. Throughout my years, I’ve never wanted in excess; I’ve never stamped my foot at a parent once a request was rejected, or stormed off a football pitch, ball under arm, when things weren’t going my way. “It’s my ball, and I’m going home…” Nah, just wasn’t, and still isn’t, me. Thus, it shouldn’t come as a surprise that a simple, balls-out rock and roll record flicks all my switches and ticks all my boxes. It shouldn’t, but it does all the same.

Face it: on paper Death From Above 1979 are cack. They’re another cool band from over t’other side – the cool side – of the pond with cool friends and cool haircuts. So the fuck what? But friends, please, listen (or read, whatever): this is the rock and roll record of the year, and it doesn’t require any overpaid stylists or a PR onslaught to tell you so. It just needs a half-hour of your time.

A half-hour, that’s all, and you’re sold. It’s not just music you’re hearing – sweat, blood, spunk and beer are all audible, splattering these 11 tracks like a Pollock. ‘Turn It Out’ kicks off. Initially doubts surface – it’s quiet… shit, it’s quiet – but the rock soon comes slam-dancing in. And when it does… bliss. There’s something so primal, so raw about DFA1979 that the senses can’t help but be stimulated. You experience a pure fight or flee response – you can either turn away from this chaotic fuzz ‘n’ brawl, or face it head on, letting it overpower you. Choose the former and you’ll forever miss out on the most fun you can have plugged into a stereo on a bus; opt for the latter and you, like me, will have found what you’re looking for this year. Forthcoming rockers, go home; there’s no space for you on the top shelf.

The singles you should know, and each rumbles into life with all the subtlety of getting ear-fucked by a tractor. ‘Romantic Rights’ is dirty, ‘Pull Out’ dirtier still, and ‘Blood On Our Hands’ is, well, magnificently filthy. The latter track’s single edit pales in comparison to the beast contained herein. The other seven tracks? Individual analysis is pointless; listening to them in this sequence, comparable to the best sex ever.

So, let’s count again… one, two, five, 11 tracks in all. How many out of five? That many. Really, you won’t hear a more exhilarating, dizzying record for a long time to come. It’s so simple – just two dudes making a right ol’ racket – but it’s done with such spirit and delivered with such a purity that any disparaging criticism is simply blown away. I won’t tire of hearing this, but you will tire of people telling you to pick it up if you chose to ignore its charms. Do the right thing – stamp your feet and hold on to your balls until you get to wrap your ears around You're A Woman, I'm A Machine.