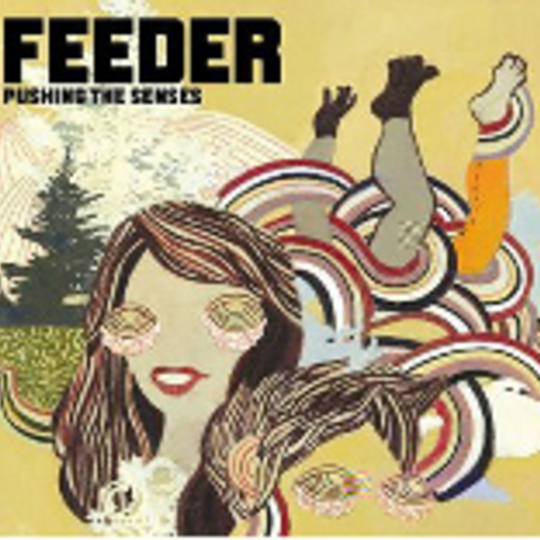 I was a Feeder fan.

Yes, I am speaking in past tense but it is hardly surprising really. In the early days of the band, albums such as 'Swim' and 'Polythene' won me over with their pop sensibilities while still containing that something a bit special to keep it a step ahead of the rest.

Since then, the band have diluted themselves to little more than a mere shadow of their past glories. Now, in my hands, lays the band’s latest long player and I long for it to show at least glimpses of their past, and for just a moment it looks as though they have done just that.

'Feeling A Moment' is the closest Feeder have come to a track like 'High', in an age. Grant Nicholas remains a great singer. Taka’s edge seems to have returned and with Mark now fully installed as drummer, it feels as though the old magic is back. Sadly, this moment is all too brief. 'Bitter Glass' seems devoid of emotion, depth and ideas and 'Tumble & Fall' is, in places, little more than a reworking of 'We Have All The Time In The World'.

Spirits are lifed a little by the title track but even this sounds more like an Oasis b-side than a past Nicholas rock moment. However, those same spirits plumet once more as 'Pilgrim Souls' kills off that brief moment of expectancy.

I have to accept that the band I once loved is now nothing more than a distant memory. Songs such as 'Tangerine' and 'Crash' have long been replaced by the new sound which owes much more to Keane and Coldplay in their melancholic approach. You can say that I hark back to the past and you would be right, because I am, but I do so for a reason. Feeder used to mean something to me! Now they are just another band muddling through, and that makes me sadder than you can imagine.