Up In Them Guts 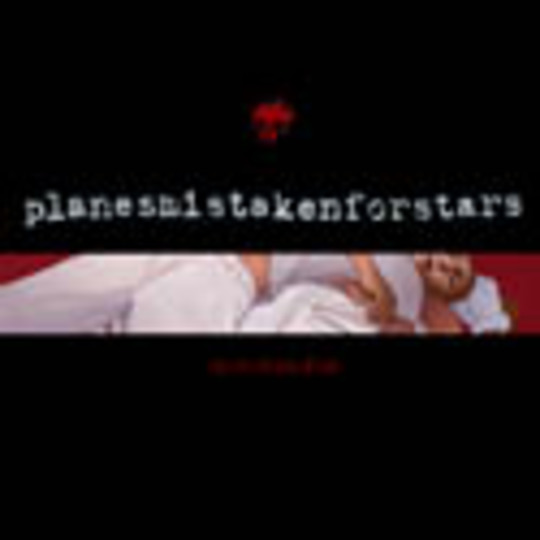 Something which many people link with Denver-based Planesmistakenforstars * is both outright passion and fervent energy, both live and on record. Anyone who caught them live with pop-rockers *The Ataris *last year surely can not dispute this for they are definitely one of the most feverishly intense punk outfits to have graced our stages for some time (– returning with *October File *in January and a few months later with *Converge).

But listening to their latest album ‘Up in Them Guts’, one wonders whether such tiresome expressionism is really needed, vocally at least. For as head-splittingly intense as it is with tumbledown riffage clattering about from each track to the next it’s the vocals that you’re constantly at odds with as you make your way through. It’s a huskier, fuzzier and more furious Planes than that which released the ‘Fuck With Fire’ _LP two years ago, vocalist/guitarist Gared O’Donnell admitting to a progression which has since seen them _“get better at being heavy”. Yet by the end of tracks like _‘Glassing’ _and _‘Say Not A Word’ _you feel aurally dishevelled, trying your hardest to unscramble a message ravaged by unnecessary vocal layering and miasmic reverb.

It’s there, the passion and energy, but it just doesn’t appear to flow with the music, O’ Donnell sounding out of breath as he musters lethargic screams into the mic, whilst secretly praying the song finishes before he collapses in a wheezy heap on the floor.

Not that I’m saying they don’t succeed at what they do. Indeed, this is their trademark sound, one that has spearheaded the _No Idea _style of punk and which is captured perfectly by the extraordinary talents of A.J. Mogis *(Cursive, Get Up Kids*…). But to these ears all that’s assimilated is a squalling wreck, caused mainly by Gared’s vocals that blur and grate against admittedly fairly decent punk rock. They're characteristic of this style, of course, but when it chokes the album of it's punch, it's heat, I'm afraid that's when things start to get unlistenable.

The Greatest Songs Ever Written (By Us)