The Greatest Songs Ever Written (By Us) 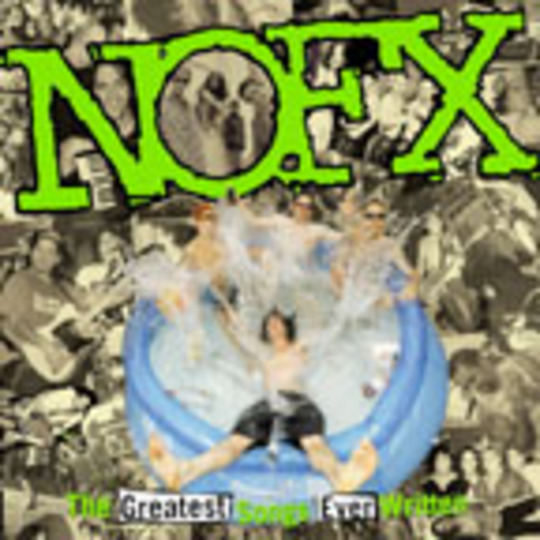 We could see it coming a mile off. NOFX, a band way past their peak and still propelled by the success of their mid-nineties classics releasing a retrospective ‘Best Of’. Mind you, the clues were all there in the last couple of albums, from the hackneyed melodicism of ‘War On Errorism’ _or the pun-barbed corn of _‘Pump Up The Valuum’; this was the sound of one of punk rock’s greatest and most original bands trying to keep up with their own excellence. And with the odds ‘n’ sods compilation _’45 or 46 Songs That Weren’t Good Enough to Go on Our Other Records’ _in the bag it was only a matter of time before such a release was put together.

Not that this isn't good! With tracks spanning the past 16 years (yeah, these guys are old) ‘The Greatest Songs Ever Written (By Us)’ is an illuminating musical, and visual, journey through NOFX’ career, thanks to a colourful 24-page booklet, from spiky-haired teenage punks opening for bands like the legendary FUs in 1983 through to mid-90s idols with tracks like _‘Linoleum’ _and _‘Leave It Alone’ _from their breakthrough album _‘Punk In Drublic’ _to 21st Century middle-aged veterans launching the *punkvoter.com *and *Rock Against Bush *tours. Whichever way you look at it NOFX have had a pretty eventful career thanks in no small part to their illustrious leader Fat Mike.

So having written some of the catchiest, wittiest and best-loved punk anthems of our generation it’s bound to be a difficult task picking tracks for such a compilation. There are 27 here (including the unreleased ‘Wore Out The Soles Of My Party Boots’) so you can be sure that _most _of the classics are present (no need to list them – you all know what they are).

But this is more than just a Best Of. For many older NOFX fans (myself included) these songs tap into a well of memories - our first tentative steps of rebellion with pink hair dye listening to ‘The Longest Line’, drinking 20/20 in the park with crackly versions of ‘Bob’ _and _‘Kill All The White Man’ _copied for my walkman and learning my first bass lines to _‘What’s The Matter With Kids Today?’. Their goofy lyrics and Fat Mike’s nasal, slightly off-key whine was the sound of youth, of good times, of true rebellion; a time when punk was to loose you friends, not gain them. At least in my school anyway!

It's an awesome nostalgia trip then, but with such a varied and tuneful back catalogue the only adequate ‘Best Of’ for true fans is one collated by themselves. Pretty obvious for most bands you'd think, but with NOFX my own comp could take up 2 discs spanning the likes of ‘Shower Days’, ‘Six Pack Girls’, ‘The Moron Brothers’, _‘Whatever Didi Wants’ _and the astoundingly good 18-minute opus _‘The Decline’, _all of which sadly aren’t included here.

But, this isn't my own compilation and as much as I might moan about absent classics this is still a thoroughly enjoyable listen and a recommended stocking-filler for your brylcreem-loving emo-kid brother!