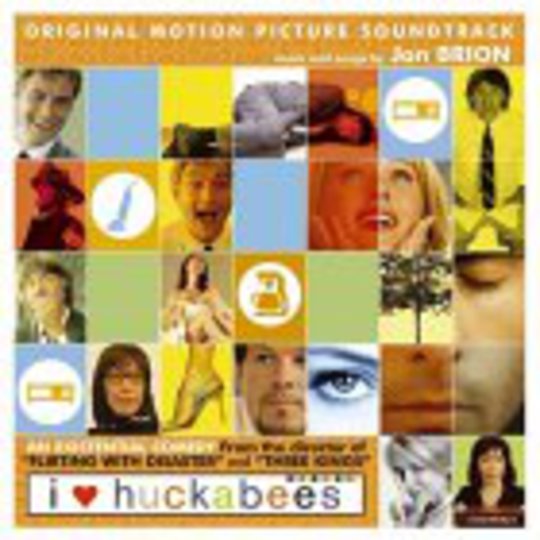 Anybody wondering why Aimee Mann’s last album ‘Lost in Space’ lacked the charm of her previous work may find the answer lies with singer-songwriter Jon Brion. Without Brion’s gorgeous waltz-time melodies backing Mann’s razor sharp and occasionally caustic words, ‘Lost In Space’ was merely good, but nowhere near the guilty pleasure and word-of-mouth success that ‘Bachelor Number 2’ became. Hope remains that the pair re-unite again in the near future, as Brion’s gorgeous ‘_ ? Huckabees_’ score would surely sound even better with Mann’s dry delivery on top.

Much in the same vein as Badly Drawn Boy’s ‘About A Boy’ soundtrack, Brion cleverly uses recurring themes and codas throughout the score, in a manner similar to his previous scores for ‘Punch Drunk Love’, ‘Eternal Sunshine of the Spotless Mind’, and ‘Magnolia’. So although there are only four or five motifs on the entire album, Brion’s genius is to turn these simple themes into 20 original and staggeringly different musical pieces. On one track Brion’s turning his hand to Matthew Sweet power pop (‘Didn’t Think It Would Turn Out Bad’), the next he’s scoring chamber music from a string quartet. There’s even room for what sounds like an advertising jingle straight from a 1950’s cinema popcorn commercial (‘Huckabees Jingle’). ‘Knock Yourself Out’ is reminiscent of the bright breezy songs BDB used to write in his sleep before he became submerged in saccharine strings, while ‘Didn’t Think It Would Turn Out Bad’ is the sort of Mann-esque track that ‘Lost In Space’ dearly needed.

With the added bonus of five pieces that didn’t make the film’s final cut (including the Ethan Johns-produced ‘Strangest Times’), Brion has created a collection that respectably stands alone from the blissfully surreal film it soundtracks. If you long for the next Aimee Mann album, you will certainly ? this.