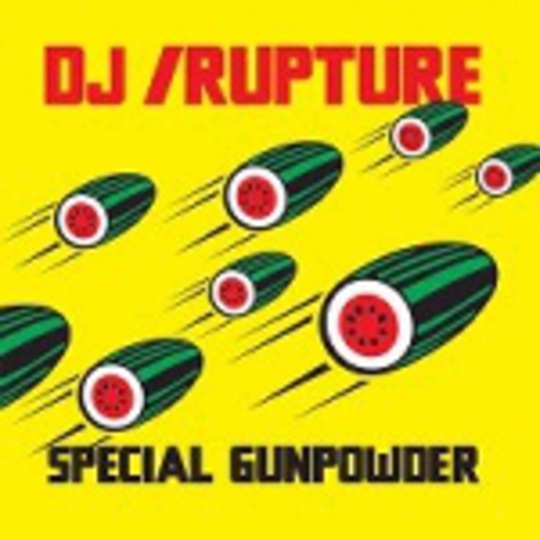 Eclecticism. It doesn’t have to be a dirty word, y’know. Especially when it comes to DJ/Rupture, a man who crams so much into his musical cerebellum that he requires three turntables on live outings.

There are, apparently, no record decks within scratching distance on this debut album proper, however. After the clutch of brain-boggling, world-spanning compilations from Rupture over the past few years – most notably the awesome semi-official bootleg ‘Gold Teeth Thief’ mash-up – you could be forgiven for expecting a fractured patchwork on ‘Special Gunpowder’. But despite the plethora of guest appearances, from poet Elizabeth Alexander through to Oxbow’s cock-touching mentalist frontman Eugene Robinson, the LP’s coherency is never compromised.

Rupture does seem to operate best when sound-tracking the ragga vocalists and rappers he’s handpicked, mind you. ‘No Heathen’ gives an early taste with the effortless stylings of Wicked Act, and the momentum gains through laidback brooder ‘Flop We’, featuring Junior Cat. ‘Dem Nuh Know Me’ builds the atmosphere further via the instantly recognisable tones of Wayne Lonesome, previously spotted collaborating with electro d‘n’b royalty Kid606, The Bug and Soundmurderer, before spitter Max Turner turns the classy strut of ‘Can’t Stop It’ into the uncontested highlight.

And while there’s no denying ‘Special Gunpowder’ is hard work, particularly for the uninitiated, not only is DJ/Rupture arguably the most visceral live electronic artist right now, but he has the studio skills to damn well match too.