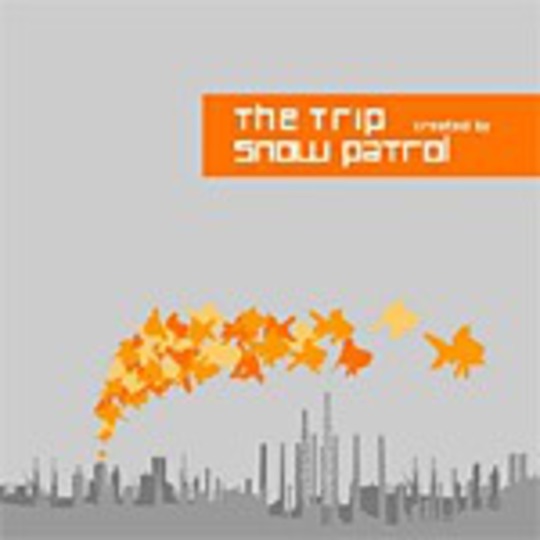 What a happy place Snow Patrolville is at the moment. Big enough and pop enough enough to be asked to do Band Aid, yet cool enough and indie enough to create a tastemaking mix tape. Fran Healy's doing '...Christmas Time' but he's certainly not been asked to guide the alternative youth's notions of cool. Thankfully.

In fairness, the Patrol boys are known for their sporadic record playing and eclectic record nature, so this is no forced indie facism. Not totally. The main problem is that this, like any other wet kid's show off mix tape, favours the sort of soft-house-electro simplicity favoured by indieists everywhere. A desire to show your broad palate of taste is not of course, automatic proof that a member of Snow Patrol does more than slip his toe into the waters of experimentation.

Delving in, TV on The Radio are of course, great. We still think it sounds like an evil mad rock Outkast, which is a wonderful thing to be. Mylo's 'Drop the Pressure' is seemingly here only for that 'cool' factor that really can't come with a top 20 record - similar in the way that Now compilations always have a Killers or Oasis record on them. Still, The Knife's 'Heartbeats (Rex The Dog Mix)' is excellent, which is surprising, saying that The Knife are a very dubious band indeed. Secret Machines largely convince as well, sounding like Roger Taylor-era Floyd yet updated enough so as not to be embarassing. Obligatory in the indie/dance/oddball category at the moment are the likes of Four-Tet, but his 'Everything Is Alright' with its plaintive guitar and warped beats more than deserves such inclusion. Associates Hot Chip justify themselves too, with their unsteady but endearing 'Take Care'. There is no need for Bill >Withers or - in this context - Duke Spirit or Republic of Loose. Too many free promos, boys. Feist's 'Mushaboom' is very good though, and Brooklyn duo Cocorosie's sparse, beat based plaintives blues are quite lovely.

As you'd expect from a compilation thrown together by the downbeat indielike, it lacks conherency, flow and form. Somehow this makes 'The Trip' (and what a terrible name that is) even more endearing. How on earth you shoehorn Fourtet, Thomas Bangaltier and The Beastie Boys into consecutive tracks on any mix album is tough question, and one certainly not answered here. But rather like those mix (cassette) tapes where you can hear the crackle of the needle hitting the vinyl, it's almost the misguided thought that counts.

Overall, it's a little too anodyne and pleasant. The harsh would saw aural jazz for a Face (RIP) generation, but there's too much of merit to dismiss it so unfairly. An interesting jumping off point into the world of Rough Trade record shop seven inches, but a sneaking suspicion too, that Snow Patrol don't listen to this stuff everyday...

The Coast Is Always Changing