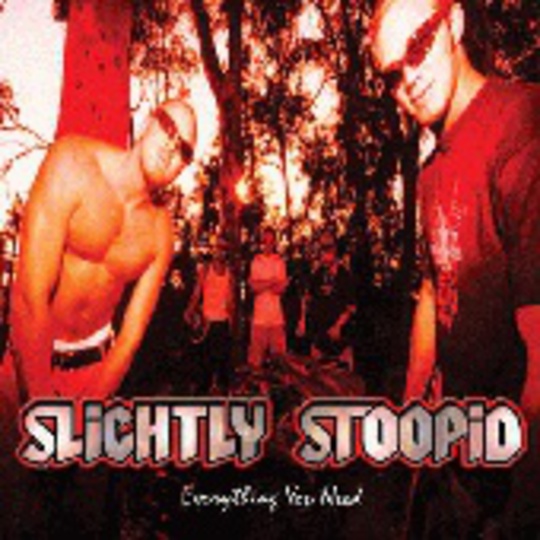 Taking residence in San Diego surf town Ocean Beach, Slightly Stoopid, besides having a ridiculously silly name, are a bunch of guys evidently running high on the kind of dub-punk fusion that became Sublime’s calling card in the late nineties. Of course, with that in mind the plagiarism tag is never far from reach when listening to this but, thankfully, what could’ve turned out to be an irritating re-hash of Sublime’s greatest moments is spiced up well enough for them to develop an awesome genre-smoking cocktail of their own.

In fact, so adept at their guitar-blazing dub are they that the man himself, Bradley Nowell, gave them his seal of approval when he signed them to his Skunk Records imprint back in 1995. But although Skunk did a marvellous job of propelling them into the limelight of their native state, it still left those elsewhere in the world none the wiser as to what these preposterously-named chumps were about.

So, released in the UK on Surfdog, this is last year's third album and it's a brilliant example of the kind of hip-hop/punk acts California seems to be breeding like rabbits at the moment. Bookending the beat-pulsing reggae anthem ‘Killin’ Me Deep Inside’ _with two quick blasts of steaming three-chord punk rock – one being a cover of Wyclef Jean’s _‘Perfect Gentleman’ _– such a juxtaposition is reminiscent of Newport’s finest reggae-punk stylists Dub War, although of course this is sun-bleached, raisin-chewing California through and through. The rest of the album continues suit and although it does start to lean perilously close towards **Crazy Town **territory at times (See: _'Sweet Honey') such pretentious rhymes are over-balanced by some diverse, edgy and darn catchy tunes.

Yep, that name will _never _grow on me but when their music’s this smooth and soulful who really cares?