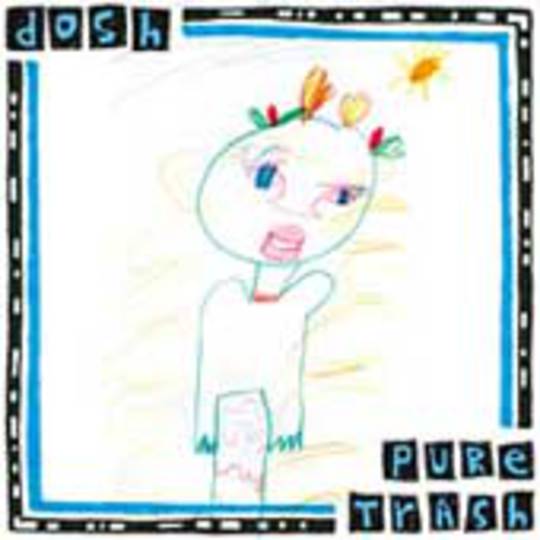 Martin Dosh became a father recently. Perhaps predictably, there's little in the way of aggression on 'Pure Trash', his second album of instrumental noodling for anticon; clearly dosh was too busy dealing with middle-of-the-night nappy changes and obscure feeding hours to lay down some gritty beats. That or he was simply all mushy inside. Anyway, there's little in the way of actual hip hop, at least in the conventional sense, on 'Pure Trash' - the closest obvious comparison would be with Four Tet, particularly the material on last album 'Rounds'. Early tracks 'Rock It To The Next Episode' and 'I Think I'm Getting Married' follow the folktronica path laid by Kieran Hebden some years ago. And very nice they are too.

If there's a single criticism that can be genuinely levelled at this album, it's that it's a little too nice. It doesn't have the feeling of previous anticon releases; there's no paranoia-strewn lyrics or progressive beats - everything feels as warm as a winter blanket. Whereas previous mostly instrumental albums on the label - I'm thinking odd nosdam's 'No Wig For Ohio' here - have stuck firmly to their hip hop guns, dosh's easy-on-the-ear compositions, characterised by the sound of a broken Rhodes piano, stick out like a sore whatever. Only 'This Is When Things Were Looking Up', with its erotic opening moans and echoes of drum and bass really ups the pace beyond that of a snail.

But hell, who really cares? Criticising this record is like telling a man of religion A that they're not leading as pure a life as a man of religion B - a waste of everyone's time. The dude's got a song called 'Bring The Happiness' fer fecksake. Just sit back and enjoy the melodies, as they're pretty as a peach.