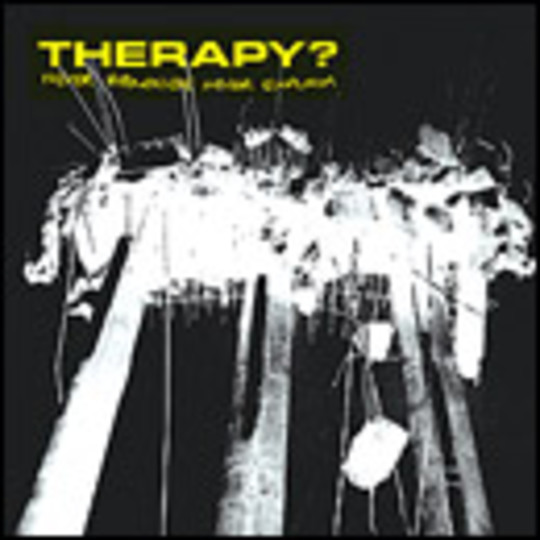 It’s been nine years since Therapy?** last released an album as a three-piece. The four albums they released during those years produced some great tracks, but generally lacked the energy of earlier Therapy? releases. When first listening to 'Never Apologise, Never Explain', I got one hell of a shock. The energy that overflowed on early Therapy? records is back, and not only is it back, but it’s really fucking LOUD. Though the band have always had the ability to knock out some classic tracks, this is their best album yet, revitalised and full of energy, right at a time when they need to be.

The album visits the same territory as 'Pleasure Death' and mixes it with the more melodic moments of 'Troublegum' without looking too far back into the past. The result is 40 minutes of loud, raw guitar action, and the introduction of at least three new Therapy? classics to be - 'So-Called Life'_, _'Dead' and 'Long Distance' - along the way.

There are flaws, though - a couple of cringe-worthy lyrics characterise 'Rock, You Monkeys' and 'Here Be Monsters'. However, the music more than makes up for any lyrical failings with its scuzzy riffing and ultra-heavy production values.

This is an album that is designed to be played LOUD, and when done so serves as a wake-up call to all who feel that British rock is becoming a blur of Americanisms, sexism and spandex.

Various, Primal Scream, My Bloody Valentine, Pop Will Eat Itself