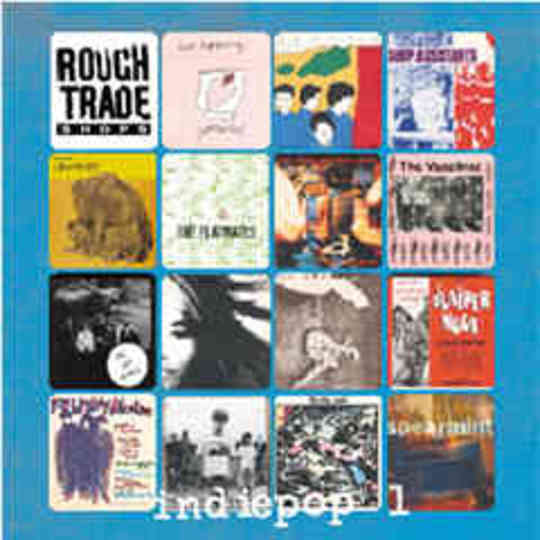 Once upon a time, there was a musical genre called "Indie" which basically encapsulated all that involved jangly guitars, autonomy from major labels and...bowl haircuts. For one brief summer in 1986, this genre looked like it might even take over the world as bands like Primal Scream, The Shop Assistants and The Soup Dragons (unfortunately not present on this compilation) got themselves signed by the very people they'd originally masqueraded against, only to fail miserably (although the Primals and to a lesser extent, The Soup Dragons did re-emerge later to finally capture their moment(s) of glory) amidst cries of "sell out!" from their anorak clad fanbase.

As with the current fad for all things Clash-like and rambling, a million and one bands formed in the wake of all this C86 nonsense, and soon labels such as Waaahhhh!!!! and Your Turntable Friend were creating shrinkwrapped seven-inch singles from the confines of their bedrooms to nationwide cries of "hurrah!". Its probably fair to say that if a label like Sarah hadn't existed then there would have been no Fierce Panda or Jeepster Records.

For a scene that has been derided for the best part of three decades, the "bowlie" renaissance has gone from strength to strength with the likes of Belle And Sebastian (sadly not represented here) going on to achieve Brit Awards and success in the proper charts. Now who, on hearing I Ludicrous' 'Preposterous Tales' 18 years ago would have predicted that as a precursor to someone else's fame? Exactly.

So what do you get for your money? Well 46 near-faultless tracks spread across 2 CDs in a pastel-coloured (what else?) box set that basically charts the rise of some of the most influential artists in the world today.

The first CD kicks off with Primal Scream's 'All Fall Down', their debut single from 1985 when the only thing buzzing around Bobby Gillespie's head were Byrds - and lots of them judging by this jingle-jangle-tambourine man opus. Further along the line we get the Jesus And Mary Chain's distorted epic 'You Trip Me Up' (also featuring young Gillespie moonlighting on drums), Trembling Blue Stars' Bob Wratten in his original disguise as one of The Field Mice on the luscious 'Landmark' and Dressy Bessy's joyous girls-in-the-gang pop of 'You Stand Here'.

Additionally there are early singles from those who went on to bigger and better things (The Wedding Present, Pop Will Eat Itself) and those that should have (The Television Personalities, Felt).

CD2 meanwhile sees My Bloody Valentine in the year BF (Before Kevin Shields' discovery of feedback) performing the sweet scented pastoral pop of 'Paint A Rainbow', while The Pooh Sticks - arguably the C86 generation's Goldie Lookin' Chain minus the dodgy shellsuits - contribute an "almost live" rendition of cutie classic 'I Know Someone Who Knows Someone Who Knows Alan McGee Quite Well'.

Elsewhere there's Stereolab's Tim Gane asking 'Should The Bible Be Banned?' with his first band McCarthy - whose 'We Are All Bourgouise Now' was covered by the Manic Street Preachers not so long back, and The Vaselines' unsurpassably sublime original rendition of 'Molly's Lips', a song which received it's fair amount of acclaim a decade or so ago courtesy of some three piece from Seattle covering it in their live set.

With the likes of Lush ('Hypocrite'), Camera Obscura ('Eighties Fan') and Spearmint ('Sweeping The Nation') bringing things a little more up to date, 'Rough Trade Shops: Indiepop 1' is a must-have addition to anyone's CD rack, as this is almost like a definitive trawl through the inspiration behind every artist within your record collection.