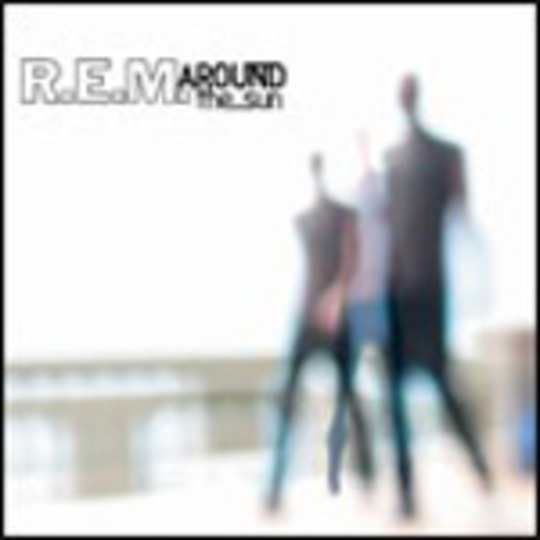 Stretch your mind back half a short lifetime ago to 1992. George Bush was seeking re-election following a first term that saw a war with Iraq that was hotly debated in regards to its moral and political justification. Seemingly, some things don't ever change; they alter slightly, but they don't really ever change.

Focus on the same period. The Athens, Georgia four-piece R.E.M. had just released their musical masterpiece; a deft work of art that was at once pastoral and reflective yet anthemic and uplifting. And now. Now, as George Bush Jr looks to hold on to throne, R.E.M. attempt to regain their 'best band in the world' status with the release of an album that aesthetically at least, holds the same virtues as 'Automatic For The People'. Things appear to stay the same, but really it's all distressingly different.

A warped and simplified view perhaps, but equally one not without touchstones and relevant pointers. Both 'Automatic?' and 'Around The Sun', the band's thirteenth studio album are seemingly simple records, built around the strength of their songs and masterfully topped off by wowing production and sly, barely noticeable touches of the studio brush. Both are coyly politicised, but not enough to be off-putting or heavy handed. Both are tinged with a gentle melancholy that's hard to dissect but easy to sink comfortably into. These are the sweeping, easy similarities. Where the two records differ is in their qualities. While 'AFTP' is one of the finest rock records ever made, 'Around The Sun' certainly is not. R.E.M.'s new record is a displeasing melange of styles, wrapped in an unpleasant, shiny sheen. It sounds like the mainstream radio album that you feared they would one day write when the innovation and uniqueness dried up. Mills and Buck will never lose the ability to write a clever, catchy song; what has dried up, it seems, is the ability to write a great song; a timeless song.

Where their previous album 'Reveal' sounded like a homage to musical heroes, not least Brian Wilson, this LP is a tired collection of R.E.M.lite. Although it opens promisingly enough with the elegiac, touching '_Leaving New York_' (Stipe has always had a great love and ability to convey the inherent depressive quality of travel), it soon after veers into insipid MORsville. 'Electron Blue' sounds like the worst moments off their patchy 'Up' record and 'The Outsiders' could be a modern day Sting song. The attempt to repeat the feat they achieved with 1990's 'Radio Song' by incorporating a rapper (this time it's Q-Tip instead of KRS-1) into said song is a horrible, embarrassing mistake. 'Wanderlust' sounds like a Menswear song with it's jaunty rhythms, and is devastatingly awful. The fact that they have a song called 'The Boy In The Well' is possibly the clearest sign that the trio have lost all touch with modern times - do they not remember the Simpsons' Band Aid style spoof song of the same name?

Where the two remaining musicians in the band appear to have gone astray, Michael Stipe sounds positively lost, never to be found again. There are two distressing aspects to his contribution to 'Around The Sun': The first is the final stages of his gradual metamorphosis from "one of the greatest living white rock n roll singers" (Mike Mills circa 1994) to a man with a deep, gargled, throaty croon that makes him sound like one of those old pros on the Vegas circuit who refuse to quit, merely altering his act to accommodate his gradual disintegration. Perhaps more unpleasant is his sudden decision to start singing about Love. Love in the First Person. Despite (I'm sure I recall) him swearing that he would never do something so bland and boring, here he is; chanting the unthinkable in the 'Leaving New York' - "I love you, I love you, I love you". Those words have never been such a bitter pill to swallow. The same lyrical stance continues throughout much of the album, and it's both unsettlingly un-R.E.M.like and annoyingly average.

But then, the band have always contradicted themselves. Despite swearing a decade ago that they would never operate outside of the* Bill Berry* inclusive foursome, they ignored that and carried on when the drummer and key songwriting influence left. Hell, they caused enough of a furore when they gave up their indie principals to sign to a major nearly twenty years ago. Previously though, they've managed to climb their previous obstacles and thrive; this time however, it doesn't seem like they're going to do it. It may be slightly too early too sound the death knell for one of the greatest groups of all time, but in order to climb out of the rut they're in, they have to negotiate the obstacle of themselves.

The Decemberists at The Freebutt, Brighton, Mon 04 Oct