No Wicked Heart Shall Prosper 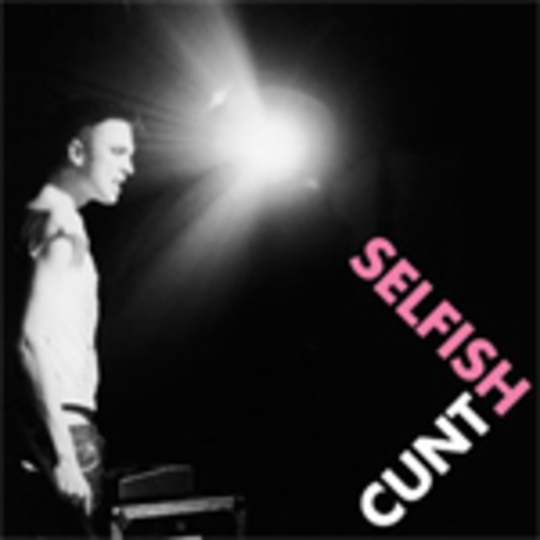 It seems "Ver London Scene" has started to make the slow, steady emergence from the underground to the mainline. However, coming somewhere in between The Libertines and Razorlight gracing the upper echelons of the charts, and bands like The Others or The Paddingtons becoming favourites of the music press, there seems to be one runt of the litter. Call it a hunch, but something tells me that Selfish Cunt are one band who aren’t in it to be media darlings, be on Top Of The Pops or grace the cover of the NME. Banned from every halfway trendy venue in London, from On The Rocks to the Barfly and fronted by Martin Tomlinson, the Blackburn-born bastard son of Johnny Rotten, Iggy Pop and G-G Allin, the duo have gained notoriety as a result of their knowingly aggressive stage-show, in which Tomlinson berates, attacks and seduces every member of the audience. Their debut album, No Wicked Heart Shall Prosper, arrives hot on the heels of two sold out singles, both of which are included here.

Obviously the most unsettling point about Selfish Cunt (aside from the attention-seeking name) is the openly bigoted lyrical content. Songs like 'Pro Patriotic (Gay Bashing)' and 'Coming Of The White Man' (”They’re rowin’ over here in dinghies! They’re tryin’ to take our British pounds!”) are self explanatory, even from their blunt titles, but singer Martin Tomlinson isn’t trying to be a BNP spokesperson; quite the opposite, he is making a point about those people, and emphasising how stupid the fascists can be. Then again, the band know their lyrics are going to be controversial, and it’s up to whoever listens to give their interpretations. As Martin says himself at the end of 'Pro Patriotic', "I think I can make up my own mind".

Once you look past the confrontational lyrics, you can get to the core of No Wicked Heart Shall Prosper - as brutally uncompromising a British punk album as has ever been made. So the chunky power chords of 'Corporate Slut' become a ferocious slap round the face to "all those money grabbing whores", and 'Bobby?', the band’s idiosyncratically minimalist cover of Bobby Brown’s 'My Perogative', is one of the album’s best moments, and oddly enough, more of a manifesto than some of their own tracks.

At times, Tomlinson’s John Lydon fixation gets a little too overwhelming, especially on single 'Fuck The Poor', which is effectively Public Image’s 'Rise' put through a mangler. Even more often, their collective heads can be found up their collective arses, such as during the 1-minute organ/scream solo 'Crackney Browns' or the almost unbearable 'Yes', quite possibly the least sexy song since The Darkness last put out a single. However, when put in contrast with a track like neo-legendary debut single 'Britain Is Shit', all these faults seem inconsequential, if only for 3 short minutes; the harshest slab of rock and roll to be heard this year, it melds malfunctioning drum machines to distorted guitars that even Steve Albini would call too extreme, and manages to sound like a strange mix of The Sex Pistols, The Pop Group and Carter USM, and what’s even scarier is that it works.

Primal. Edgy. Dangerous. Selfish Cunt are all these things and more, but good? The jury’s still out; the lead outweighs the gold, and more often than not, the tracks are shocking for the sake of shock. If the band were less of a gimmick and more of…well…a band, maybe the public will see things differently, but until then, Selfish Cunt will not prosper.