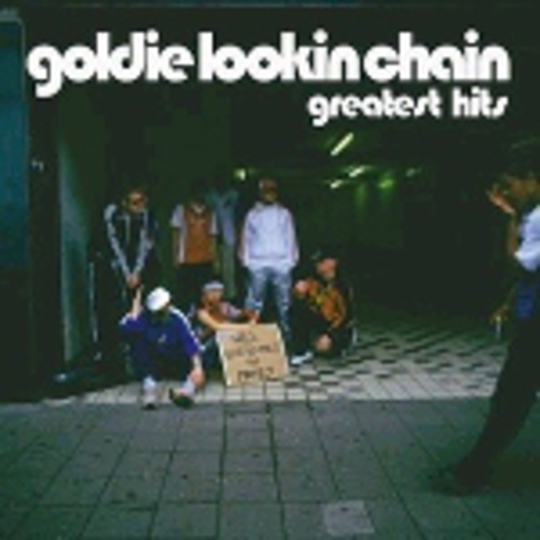 It should’ve been a local thing, for local people. And as the stereotype goes, there’s nowhere more local than Wales. But then Goldie Lookin Chain always had sights firmly set beyond their native Cymru.

This isn’t the time to question perceived wisdom though – for a start, GLC have already inspired a thousand tedious wankers countrywide to mindlessly repeat the “safe as fuck” catchphrases and all, like the idea-deprived dicknoses they are (plus limitless lazy pay-off lines for journos). Don’t judge a band by its fans, otherwise, to pick a random example, Kasabian would be the most odious, six-toed, backwoods retards with nowt to say the world has ever seen. Okay, bad example...

Where were we? Never mind, let’s ignore the fact that 95 per cent of GLC’s new fans won’t understand regional references to being “naked in John Frost Square” and riding bikes to Pill, and get down to business. Here’s the crux: Goldie Lookin Chain are funny. Not funny like The Darkness, because that’s a joke that should never have escaped from Lowestoft (and how hard is it to ‘ridicule’, however badly, a musical niche that no fucker takes seriously in 2004 anyhow?). Mainstream rap, on the other hand, has an ego the size of Scandinavia, waiting obliviously for a big puncture to be ripped into it.

So in taking the piss constantly, all the while taunting the listener into wondering, “are they really cheeky townie bastards or actually smarter than a barrel of tracksuits?”, GLC are the anti-50 Cent, using intellect instead of bottles, and posturing daftly regardless.

The often technically dreadful rhymes are the key, because considering they’re a bunch of Welsh chavs speaking over beats that are seldom within spitting distance of breaking new ground, to cause so many chuckles is a sure mark of success. Whether they be put downs to the anti-weed brigade (“I tried to see things from his point of view/but I couldn’t fit my head up his asshole too” on ‘Soap Bar’) or surreal tales of a gender-swap mum (“with all due respect/take your mother to the doctors ’cos her front bum’s wrecked” on ‘Your Mother’s Got A Penis’) the plentiful gems are always delivered with a cheeky swagger. And there’re far too many comedic couplets to quote here, too.

Those about to shout bloody murder about “joke bands” and “ironic bullshit”, take a breath, be safe in the knowledge that it’ll be all over in a year or two, and if not then the gag may really be on GLC. The remainder can pretend you were born in Newport and realise that life’s especially shit, so you may as well do anything it takes to have a laugh and get off your faces. And ‘Greatest Hits’ will sure help you along the way.