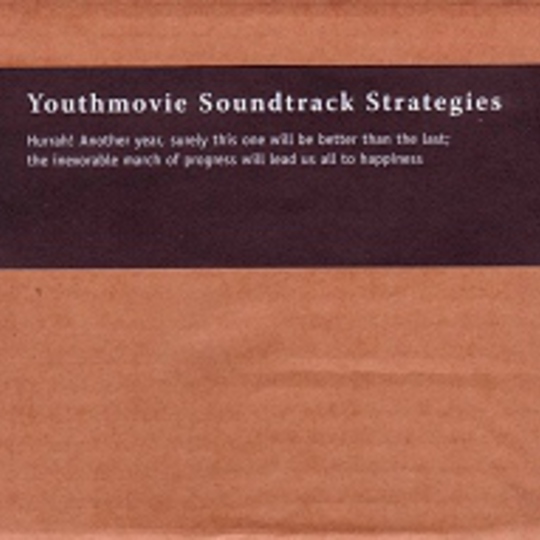 Or, to give it its full title: ‘Hurrah! Another year, surely this one will be better than the last; the inexorable march of progress will lead us all to happiness’. You can say what you like about that title, and about YMSS themselves (pretentious post-graduate snobs, perhaps?), but anything negative will be struck from the record, as this EP-cum-album (four songs it may have, but with not one of them dipping below the six-minute mark, it’s longer than many a full-length) is practically perfect; saying that it’s not is as futile as telling Michael Moore that he’s wrong.

Let’s do an I-Spy checklist of possible influences, shall we? To my somewhat limited ears, there are traces of the following across ’Hurrah!’: Spy Versus Spy, 90 Day Men, Muse, Sweep The Leg Johnny, Fugazi, 31 Knots and Yes. Am I right? Who cares; the point is that such a list proves the record’s reluctance to be easily categorised. YMSS aren’t easy to tackle, critically – they throw many a curveball into the make up of every song, and thus, are a refreshing delight. Of the bands above, Sweep’s influence can be clearly heard on the sax-assisted squall of ’Recovery Speak’. If Radiohead spent more time looking to the stars than they do checking Q every 12 months to see if they’re still the ‘best band in Britain/the World/the Universe’ (depending on how slow a month it is down at Emap), they might just be able to produce a track as unashamedly epic as ‘The Pitch And Yaw Of Satellites’ – four-and-a-half minutes in it lurches skywards, causing goosebumps of pleasure to rush across the listener’s body; at eight-minutes in it repeats the feat, only this time with increased gusto. It’s a revelatory opener – aggressive, yet beautifully controlled – that has to be heard to be believed.

I can’t write a review without picking out at least one ‘fault’, so (and I’m clutching at straws here) the a cappella vocals on ’A Little Late He Staggered Through The Door And Into Her Eyes’ don’t really work for me, sorry. They sound limp compared to the might of everything else on the EP. But, let’s be fair: such a minor, personal criticism doesn’t detract at all from a record that would be served a gross injustice if it was summarised as merely ‘essential’. No, that’d be selling it short and some.