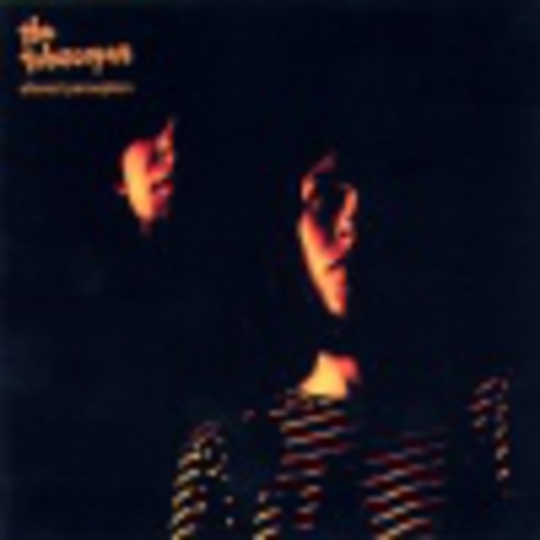 How would you assess something as being inspirational or truly inspired?

Surely they both take on different meanings as one sets the scene for the future while the other has delved into the past and redesigned its imprint to create something entirely original in its own right.

Very rarely, if ever, do you find an artist who has managed to traverse the two dimensions.

Ladies and gentlemen, let me introduce you to The Telescopes.

The Telescopes are the brainchild of Stephen Lawrie and Jo Doran. Formed in 1986 in Burton-On-Trent and initially a five piece, their earliest live performances drew comparisons with the likes of The Stooges, The Jesus And Mary Chain and The Velvet Underground, right down to Doran and fellow guitarist Dave Fitzgerald's insistence on facing their amps rather than the audience while a gnarled hail of feedback and distortion erupted all around them.

With the inevitable swarm of record labels chasing their every move, The Telescopes put out their first three singles and debut album 'Taste' on the Cheree label. Nevertheless, bad luck seemed to follow the band from this point onwards as Cheree's subsequent closure saw the band sign to What Goes On, only for them to see another label go bankrupt months later. Eventually they ended up at their spiritual home, Creation Records, and after three well received singles and the release of their second eponymously-titled album, everything seemed to be coming up roses. Sadly, a couple of blokes going by the name of Gallagher were lurking in the shadows with other ideas, and this coinciding with the already phenomenal expenditure of My Bloody Valentine's still-born follow-up to 'Loveless' meant a cull was inevitable - of which the Telescopes were one of its many victims.

'Altered Perception' could be seen as Lawrie and Doran's way of setting the record straight. Having spent several years trying to gain full control to the rights of their back catalogue, this album collects 15 of their most intricate workings from their first two albums with the odd rarity and b-side thrown in for good measure.

Opener 'The Perfect Needle' mixes tremelo, heavy distortion and an obtrusive violin as Lawrie opines "...and it hurts too much to be where you are" in a melancholic drawl that pre-dates the likes of The Verve by a good four years. 'Sadness Pale' and 'Violence' meanwhile are psychedelic dirge-like entities that resonate within their own quagmires similar to the early workings of Spacemen 3 or even Mudhoney before lumberjackitis and the Kurt trappings of fame dragged them into the pot marked "also-rans".

What set the Telescopes apart from their contemporaries at the time such as Ride, Slowdive and the Boo Radleys, and still does today, is that they were never too afraid to take a risk. With the word "conform" seemingly absent from Lawrie and Doran's vocabulary, they bent the rules a little with their second album and fuzz pedals and feedback disappeared faster than you can say 'And' - the closing track on here, incidentally. 'You Set My Soul' sounds like Primal Scream engaging in a freeform jazz jam with John Lee Hooker and Daevid Allen while 'All A Dreams' is ethereal, winsome psychedelic pop at its best - 'Pet Sounds' made by its respective owners, if you must.

'Altered Perception' offers a remarkable insight into how a band defined their own legendary status by simply changing everything about their sound just as the pigeons were about to slip them into any of their aforementioned holes, whether that be the ones marked "shoegazing", "psyche-rock", "baggy" or "indie pop". As a history lesson in the development of sounds that your A&R man will tell you are just WRONG for this record, boys, 'Altered Perception' is up there with 'Psycho Candy', 'Loveless' and 'Ladies And Gentlemen We Are Floating In Space'. If you're just curious and want to know where the likes of Black Rebel Motorcycle Club, Mogwai and yes, Radiohead got many of their ideas from, then you simply have to own this album.