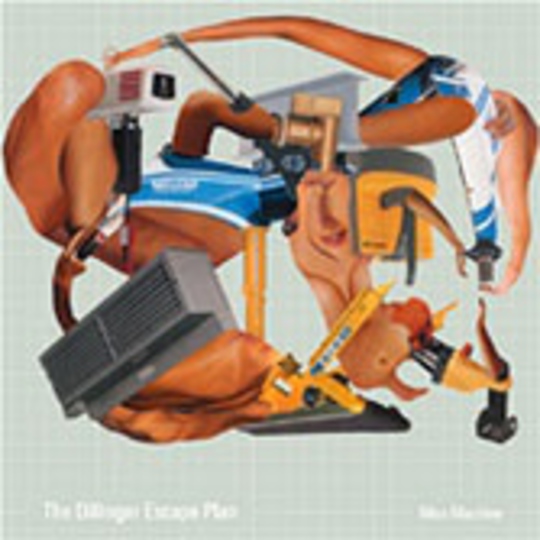 Please, you keep your punk rock. I don't want it. I'm different now, I've advanced, progressed, grown into something I never thought I'd be. I'm the butterfly from the pupae, the swan from the ugly duckling; I'm The Dillinger Escape Plan and you didn't see this coming...

That's right you old-school knuckle-draggers, DEP have got songs; there's singing and everything on 'Miss Machine', and chances are you're gonna hate it. Take your windmills someplace else.

Okay, so I fibbed, a bit: the pulse of DEP's past - 'Calculating Infinity' emerged five years ago - still beats here, albeit reluctantly. 'Van Damsel' should see a smile spread over the faces of vest-clad tub-thumpers, likewise 'We Are The Storm'; the rest, well, will have them scratching their scalps like the apes they are. The loss of original vocalist Dimitri Minakakis barely registers thanks to the incredible presence of (not so) new (anymore) frontman Greg Puciato. He must've been tearing strips off the studio walls if his performance is anything to go by. Shrieks and screams and wails and howls, many of which stem from the man's 'do-I-or-don't-I split from my girl' dilemma (he didn't), are puncuated by - wait for it - proper singing. Do you think lessons have been learnt from the band's collaboration with Mike Patton? Does Puciato like shitting on stages? Exactly: 'Highway Robbery' and 'Phone Home' could easily have featured on Tomahawk's 'Mit Gas'. The former in particular showcases a whole new facet to the DEP sound - a sing-along chorus. Kind of. Put it this way:

It should be released as a single.

It should be bought by every kid with even a passing interest in rock music, be it hardcore, punk or whatever.

It should go to number one.

It's a song, basically. It's not inaccessible to all but guitar tech-heads and slam-dancing science geeks still trying to calculate infinity (don't be stupid, it's impossible); it's a bloody song. And Jesus, does it rock.

And it's in good company.

I could bang on about the ballsack-grabbing opener 'Panasonic Youth' and the already out-there track 'Baby's First Coffin' (it featured on the Underworld soundtrack), as well as the compulsive desire I have to play this over and over again at home when my girlfriend is trying to watch Eastenders, but I needn't - you're already buying this, right? It's the (insert made-up genre here, including the word 'progressive' and/or suffix '-core') album of the year - madder than a sack full of pro-Gordon Brown civil servants but more addictive than smack-flavoured Pringles. Pop and pop and pop and pop and pop and pop...

Let them keep their punk rock. You don't want it.