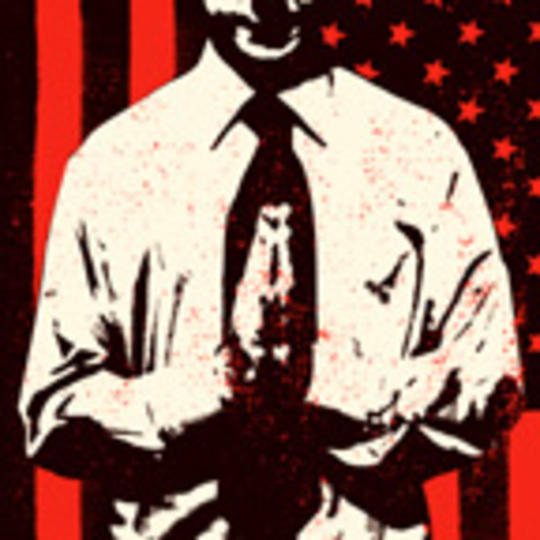 Well it’s that time of year again - another *Bad Religion *album to tie us over the summer months. And judging by the artwork, another chance for vocalist Greg Graffin to sink his teeth into whatever political affairs and religious topics that’ve been making his blood boil since 2002’s ‘The Process of Belief’. Which is no bad thing of course. Bad Religion are a band who’ve always kept alive punk’s affinity with political debate and in light of the current situation in Iraq and the farcical way in which Bush responded to the 9/11 attacks there’s more than enough fuel for the fire.

Standout track _‘Let Them Eat War’ _- featuring vocals from underground hip-hop polemicist *Sage Francis *– is a scathing attack on the Bush Administration policies and how they are fast widening the gap between the rich and poor in Dubya’s America (between the greedy and the needy, if you will) while _‘God’s Love’ _and _‘Atheist Peace’ _attempt to integrate Graffin’s Atheist views alongside their anti-war sentiments, the latter bizarrely suggesting that faith = war and atheism = peace!

Unfortunately, musically, they appear a little short of the mark too. To me, Bad Religion are on form when they are at their most ferocious – as one listen through 1988’s ‘Suffer’ _will prove only too well. It’s only when the pace slips a bit that the BR melody machine starts to get a bit complacent and, well, boring. _‘The Quickening’, as full of soaring three-part harmonies and galloping drums as it is, merely sounds like a band on auto-pilot as they jump from each section like a conventional and well-oiled punk band.

This is by no means a ‘bad’ album, as BR fans will definitely be dancing around their rooms to such fiery-eyed tracks as the aforementioned‘Let Them Eat War’ _and _‘Sinister Rouge’, and you’ll be hard-pushed to find a more topical anti-Bush punk album released this year, but after 20+ years and umpteen albums that - lets face it - haven’t really strayed much from their influential style, does anyone really need another Bad Religion album after this one? Brett’s already a step ahead with his *The Error *side project with Greg from *The Dillinger Escape Plan *but times are changing, and maybe the others should follow his lead.