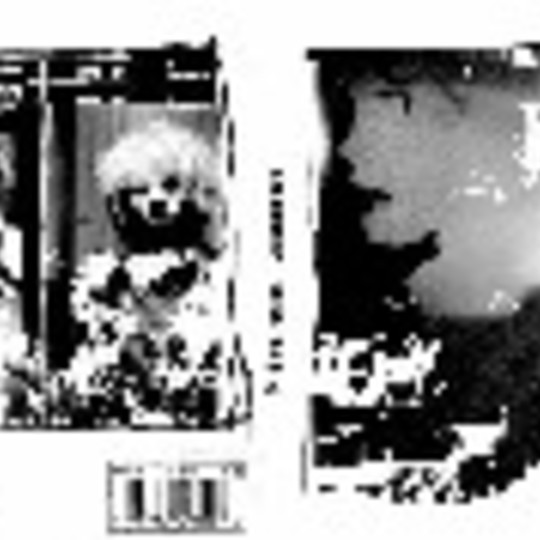 As a disciple of the teaching that all things connected with Kevin Shields were gold-plated, rose-crested spots of honey-dripped sounds that descended straight outta heaven rather than NG3, Mike Feerick set himself a seemingly unachievable mission.

From the confines of his bedroom, his ambition was to create a piece of timeless, genre redefining multi-layered genius that would be talked about for years to come. What he actually achieved was not the inaugural idea of a lone piece, but instead nine adventures in sound that merely wipes the floor with every seismic pretender who’s ever tried to work out the lyrics to ‘Soon’ and recreate every chord sequence found on ‘Isn’t Anything’.

And let us not forget the fact that Mike Feerick, aka Amusement Parks On Fire, was just 16 years old when he started writing, playing every instrument on and recording this album, a feat that surely falls somewhere in between the guises of astonishing'_ and 'remarkable'_. Now three years down the line, his masterpiece is complete, oh yes. As with the live shows, Feerick has called upon various associates from within the Nottingham music scene to fill in the cracks so to speak, but largely this record is down to him, and him alone.

For anyone who’s seen APOF live, this record mainly consists of the key elements of those sporadic, indefinably LOUD performances, interspersed with a couple of almost classical interludes that reinforce the genius-in-a-bottle waiting to be unleashed.

Opening with the symphonic ’23 Jewels’, an orchestral introduction that segues perfectly into the ethereal nuance of current single ‘Venus In Cancer’, an FX heavy scorcher that recalls ‘Raise’ era Swervedriver whilst evoking a similar dizzy hysteria to that encapsulated the first time your ears stood to attention to My Vitriol’s ‘Always Your Way’ or The Jesus And Mary Chain’s ‘You Trip Me Up’. Yes, it is that good, and believe it or not, it gets even better.

As the fuzzy tremelo of ‘Venus…’ descends, ‘88’ starts up like a plethora of Harley Davidsons running on pure white spirit, Feerick simply intoning “Let me see the blood…” like some curious school kid. Take a breath and the delectable strains of ‘Wiper’ cascade upon us, a pastoral hybrid of Ride’s ‘Drive Blind’ and possibly the entire back catalogue of Godspeed! You Black Emperor, it glides, it swoops, before casually landing and preparing for take off again almost immediately.

The highlight of the album – difficult to choose as there is never a dull moment – is the full throttle buzz saw dynamo that is ‘Venosa’, four minutes of virtuoso Shields-isms where Feerick states “Shouldn’t have to pay for it, cos you didn’t ask for it” amidst a flurry of feedback. At it’s mid-point the white noise levels build up into a crescendo until Feerick repeats the immortal line “All you’ve ever known, is what they told you…” until the stars burst around him.

‘Asphalt’ is a piano-laden instrumental that shouldn’t work in theory, but as it becomes interspersed with the scraping sound of a violin and Feerick’s full-on FX pedal assault, it becomes reminiscent of a David Lynch opening sequence. ‘Smokescreen’ sees Feerick return to a more typical M(B)V style before ‘The Ramones Book’ takes on almost ballad-esque proportions, something which is out of step with the rest of an album which admittedly never takes the most obvious route anyway.

The closing epic that is ‘Local Boy Makes Good’ could be dismissed tongue-in-cheek modus operandi on the part of Feerick, a self-celebration of his personal masterpiece perhaps. However, when you actually hear ascending sound levels, there are sub-elements of Mogwai, Sonic Youth and (again) My Bloody Valentine lurking in the maelstrom that will leave mouths aghast and ears pricked in a firmly vertical position.

No doubt there will be the odd cynic who will claim to have heard this type of record done before, and to a degree they may have a point, but I doubt anyone’s ears can claim to have received such a melange that is equal measures sonic battery and aural beauty as ‘Amusement Parks On Fire’ in recent times. Quite simply, this is a stunning debut record, a triumphant fanfare that heralds the arrival of yet another precocious young talent onto the UK’s ever-burgeoning music scene.