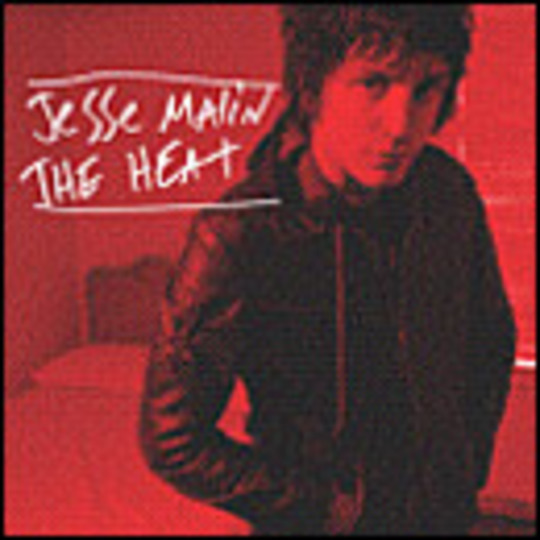 It must be hard to be reborn in the shadow of the boy that New York has taken as it’s own. Even more so, when you actually are a Brooklyn boy. But in fairness to Jesse Malin, association with Ryan Adams has so far helped his career. As he moves on to his second LP, ‘The Heat’, we wait with baited breath to see if The Man Who Wants To Be Springsteen can emerge from such towering silhouettes.

…and in fairness, it would be criminal if he didn’t. ‘The Heat’ is an altogether more consistent and rounded record than it’s predecessor, ‘The Fine Art Of Self-Destruction’. The opening section of the record is as good as you could possibly hope for; ‘Swinging Man’ and ‘Arrested’ are both built around classic pop hooks, while ‘Silver Manhattan’ is a slow-burning beauty gouged out of big, droning power chords, and ‘Going Out West’ is the sort of simple jewel best excavated by his hero, Bruce Springsteen.

It is indeed, the New Jersey legend that Malin has now turned to for influence, rather than the power-chug of Ryan Adams’ last release. Thankfully. ‘The Heat’ instead combines the classic rock-isms of ‘Born to Run’ (the album) with the more subdued dirt floor-ness of ‘Darkness On The Edge Of Town’. With a fair smattering of Paul Westerberg thrown in. But to list influences is to be rather disingenuous and overtly dismissive. ‘The Heat’ is very much an indicator of the powers of Malin today, and contains his own signatures of gritty realism, dealt with a lightness of touch that evades many other hometown troubadours.

With the current renaissance of the one-man band genre, it's pleasing to see that we now have a modern-day figurehead worthy of rock’s glorious past.